The October theme was "Rice or Beans".  Any Japanese or Mexican subject, or both. 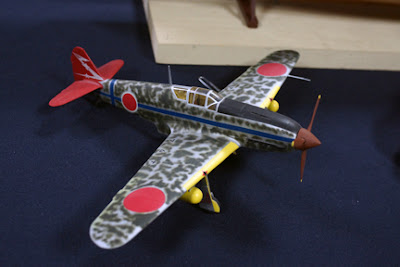 We start with Joe Hegedus' entry: A Japanese Ki-61 Hein or "Tony". 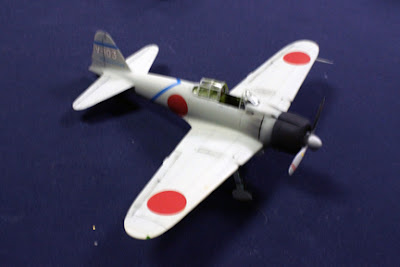 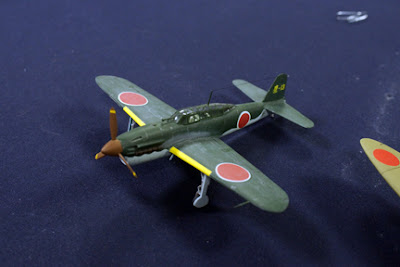 And finally in the  theme category are a pair of Japanese aircraft from Ken Kelly.  As usual, Ken brush painted both with Acrylics. 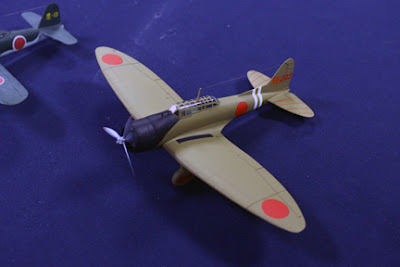 And now for the non-theme models: 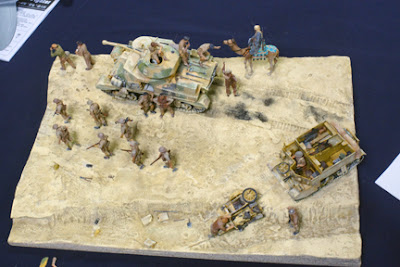 John Bray completed his diorama depicting the German retreat in the desert ahead of Rommel's forces.  Camels, motorcycles, tanks, a tracked vehicle and soldiers; John sure knows how to bring life to basic "tan". 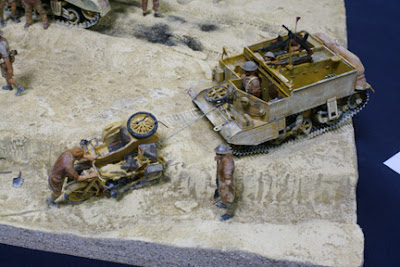 Close up of the Tommies trying to recover the German motorcycle with sidecar. 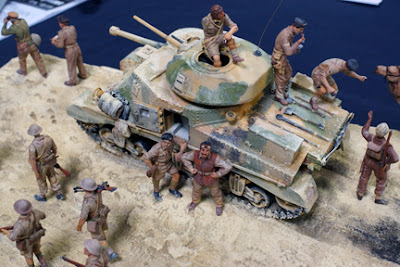 And a closeup of the Grant tank. 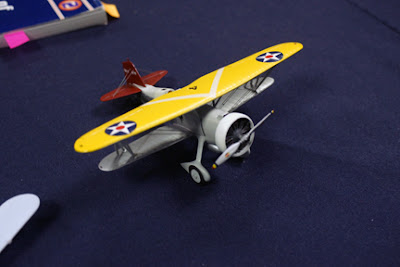 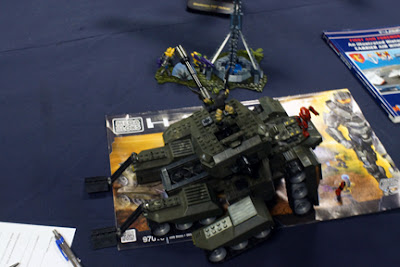 And Austin brings in another Halo model. 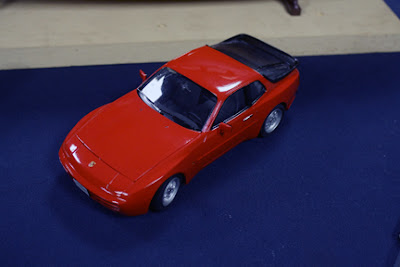 Joe Hegedus says the Porsche 924 is the hottest Porsche made -- at least in looks! 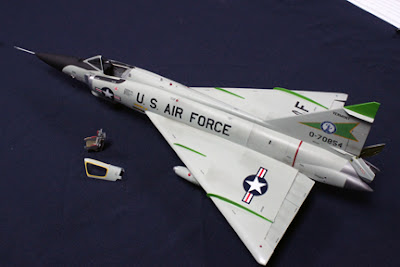 The Monogram 48th scale Convair F-102 Dagger is by Andy White and represents an aircraft from the Vermont ANG, 154th FIW located at Burlington Airport.  Andy drooped the flaperons and used custom decals from Starfighter Decals.

January - Behind the Iron Curtain - Any Warsaw Pact subject.

May - That's My Ride! - Something you have driven, ridden, flown, or sailed on.