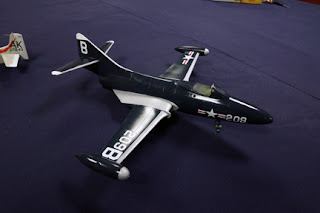 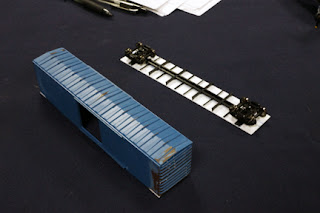 Steve is adding styrene sheet to the corners to produce straight side sills on the ends. Filled the original kit locating holes for the ladders/brake gear and replacing the damaged underframe with a new under frame of scribed styrene sheet and Intermountain aftermarket parts and Athern Gensis 70 ton roller bearing trucks.

Steve is building this Richmond, Fredericsburg and Potomac Railroad box car to replicate #2305 that is in the Virginia Transportation Museum. 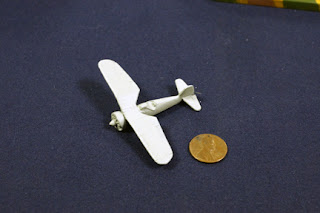 Vince Mankowski’s other works are this Scratchbuilt 1/144th scale PZL P.11c Jedenastka that he’s making as a master for resin casting and production. 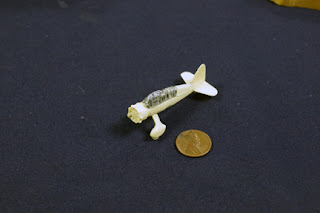 And in parallel Vince is making this Fox One resin 1/144th scale Westland Lysander Mk I. Which was going to be his theme build. 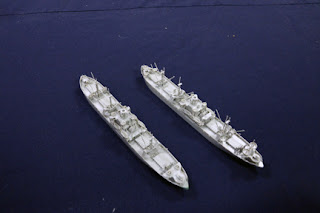 And finally, these are Tim Kelly’s two Trumpeter 1/700th scale Liberty Ships for the Museum’s Battle of the Atlantic display. They just need paint and Dave Fuller has agreed to do that while Tim is recuperating.

Thanks for reading...
Posted by Tim Holland at 2:52 PM