The Theme for September was “Between the Wars”.  Any subject dating from the end of World War I to the beginning of World War II.

Jonathan Wright brought in some of the great Monogram 1/72nd scale biplanes.  Two F4B-4 Boeing fighters and a Curtiss P-6E.  All out of the box but with Starfighter Decals and aileron push rods made of wire. 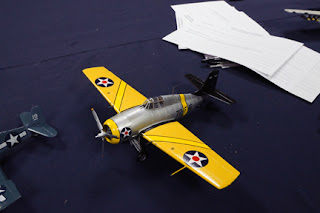 This nice 1/48th scale Hobby Boss Grumman F4F-3 Wildcat is by Joe Hegedus and sports yellow section markings added to an otherwise out of the box subject. 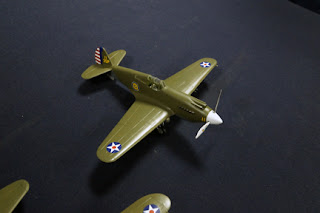 The next two subjects are by Tim Holland.  First a P-40C based in Hawaii during 1941, before the attacks.  It’s a 1/72nd scale Academy P-40B/C kit, out of the box but with Starfighter Decals. 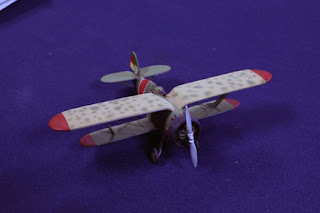 This next subject is a 1/72nd scale Heller Polikarpov I-15 in Spanish Republican markings during 1936-37.  Kit is out of the box with Aviation USK decals.


Jim Rotramel updated and repaired this 1/520th scale AMT USS AKRON model from the museum’s collection.  He fixed some items that were out of scale and added a scratchbuilt Curtiss F9C Sparrowawk.  Wow, that’s tiny! 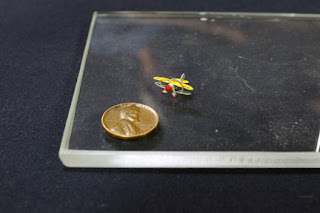 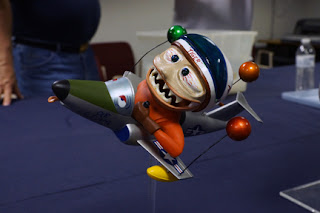 Moving into the non-theme subjects, Jim Rotramel also brought a no-scale Mawl “Freddie Flameout” kit.  These were first released in 1963 and Jim says he’s finally building one, even though he wanted to as a kid! 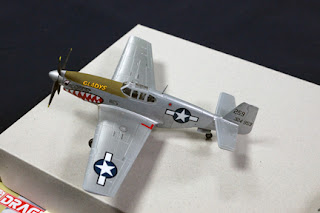 Vince Mankowski gets the “Profligate Modeler” award.  Four subjects (plus another 2 in progress) and all could fit under the wing of Collin’s Skyraider!  All are out fo the box. 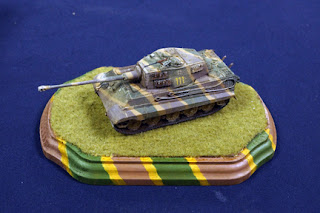 1/72nd scale Dragon King Tiger with Henschel Turret and Zimmerit.  Vince won this one at the July raffle and finished in a Blegium Ambush scheme of RLM-81A Braunviolett - RLM82 Dunkelgrun - RLM 79 Sandgelb. 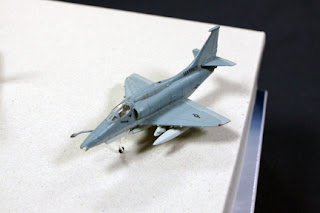 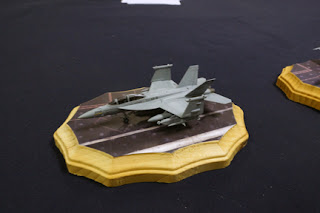 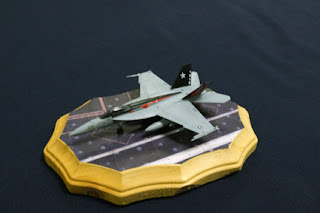 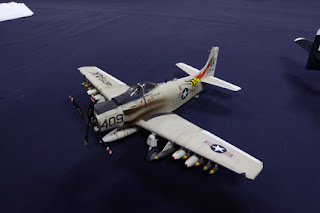 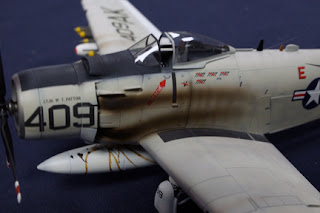 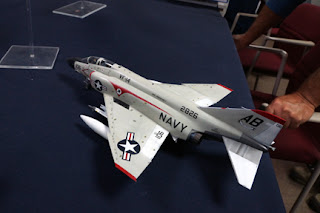 Collin also made this Hasegawa 1/48th scale F-4B Phantom for the VF-14 Museum Group Build.  Out of the box and Collin says that while an old kit with raised detail it still builds up nice.  He recommends patience with all the small wing decals.

Dan Yakel took a break from work and brought in these three armor subjects from World War II.  All 1/35th scale. 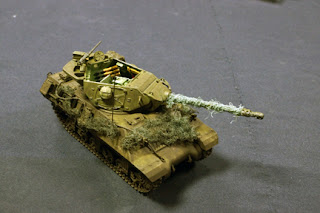 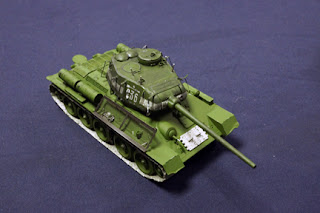 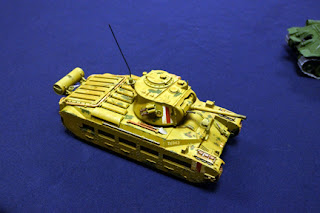 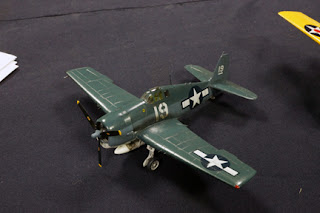 Rounding out the completed models is Joe Hegedus’  Italeri 1/72nd F6F-3 Hellcat.  Joe replaced the prop from a Hasegawa F4U-1D, Tank, canopy and decals came from a hasegawa F6F kit, he replace the main wheels and fixed the angle of the main landing gear struts.  He didn’t bother to fix the engine...