For April, there were seven in progress builds, none of which were theme related.

Gerry Whiteside returns with his 1:48 Hasegawa F-14 Tomcat and 1:72 Airfix BAe Hawk.  The F-14 will be finished in a VF-102 scheme, while the Hawk is being built for the club's Build the Same Kit theme. 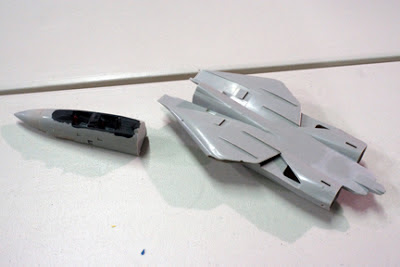 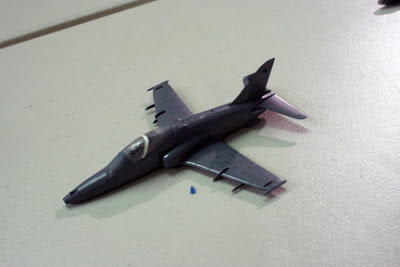 We were all happy to see John Bray return to a club meeting with his latest project, a 1:48 TBD-1 Devastator.  The kit is by Great Wall, and John is building it to represent an aircraft from the Battle of Midway.  John is building the Devastator in his usual style and will be adding it to a diorama portraying the aircraft in the middle of a torpedo drop.  Overall, John says it is a good kit but he did have some issues with the fit of the multipiece canopy.  He is using a Tamiya Navy Pilots kit for the crew. 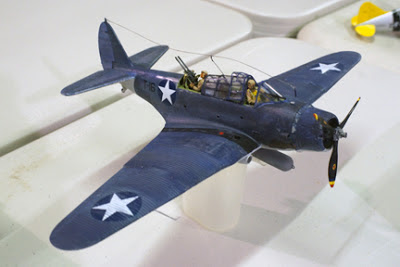 Moving on to another Navy attack aircraft of a slightly more modern vintage, we have this 1:48 A-6 Intruder being built by Mike Colvin.  Mike is building the Revell kit OOB. 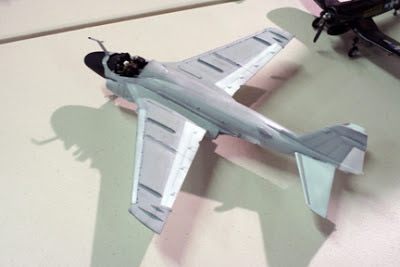 Steve Lucienetti brought along a pair of 1:48 F-105 Thunderchiefs in response to an email question from the club regarding available kits of the F-105.  The completed Thud is the old Monogram kit, while the unfinished F-105 is the newer Hobby Boss release.  Steve says that the Hobby Boss kit is overly complex, and suffers from horrible instructions.  You have been Warned! 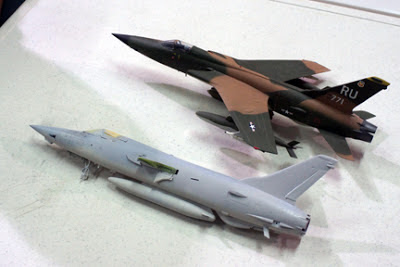 This Hobby Boss F9F-5 Panther by Andrew White doesn't seem to suffer as the Thud kit did though.  Andy is building the 1:72 kit OOB, but with the gear up.  I've always loved the old Grumman fighters, and can't wait to see this one finished. 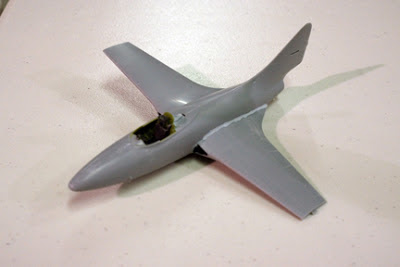 Lastly we have this 1:72 multimedia kit being built by Joe Hegedus.  Joe is making good progress on the Douglas Sky Pirate, and I imagine we'll be seeing it in paint soon.  My money is on Blue... 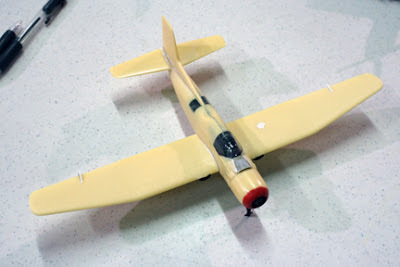