For May, there were only three in progress builds, one of which was theme related.

Mike Colvin is working on a Hasegawa 1/48 F-16A that he had intended to have complete for May's theme build.  He plans on using a Fightertown Decals sheet to depict one of the Navy's NSAWC Top Gun aggressor aircraft. 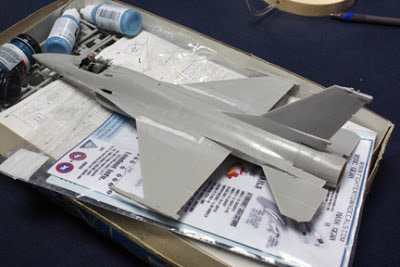 Showing off his latest project, Nate Swift brought along his Dornier Do-335B-4.  Nate is building the Dragon kit OOB, including kit supplied Photo Etch.  This reconnaissance version of the seldom modeled fighter is sure to be a stunner. 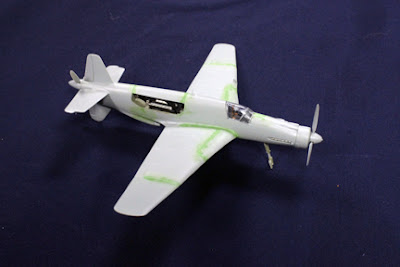 Rounding out the in progress builds is Andrew White's nearly completed Hobbyboss F9F-2 Panther.  Andy is taking a departure from his usual larger scale builds and tackling the 1/72 kit nicely.  The OOB build is being finished gear up, with markings to represent the VMF-311 aircraft flown by Ted Williams when he was shot down in Korea.  Markings are from an Iliad Decals sheet, and the fine panel lines were accentuated  with a Flory Models light gray wash. 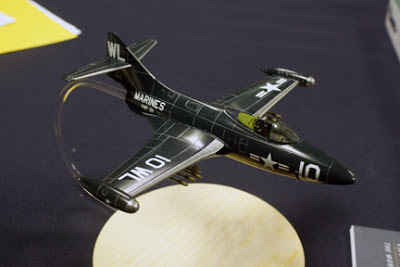