The June theme was "Happy Anniversary", any subject that is related to an anniversary.  This is one of our yearly themes, which also marks the anniversary of the club, this year being "Lucky 13".  Chuck's wife once again supplied us with a nicely decorated cake to mark the occasion. 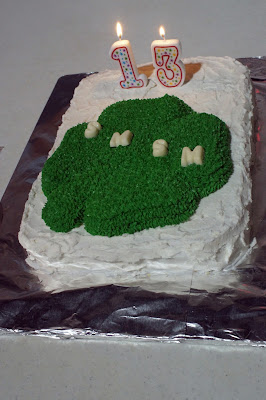 There were 6 completed builds this month, 3 of which were theme related.

Mike Colvin brought in a nicely done 1/72 A-7E Corsair II.  Mike built the Hobbyboss kit completely Out of the Box (OOB) including the attractive bicentennial markings for VA-122. 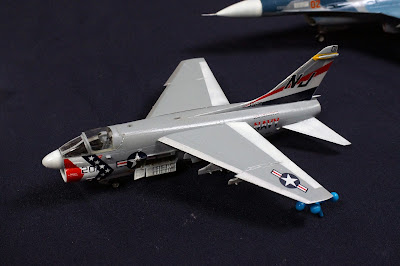 Next up we have a pair of European anniversary schemes.  The first of which was built by Jim Rotramel.  Jim raided the display case and brought in this 1/72 RF-4E finished in a striking German anniversary scheme.  Jim believes it started life as an ERTL kit topped off with Superscale decals, but it has been a while since he had built it. 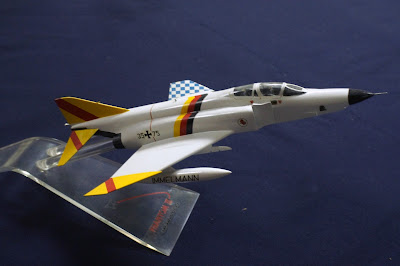 Joe Hegedus also raided the display case to bring in this 1/72 Hasegawa Jaguar.  Joe built his kit OOB with Xtradecal RAF Anniversary markings for what he believes is a Jaguar GR.4.  A white metal practice bomb carrier completes the loadout. 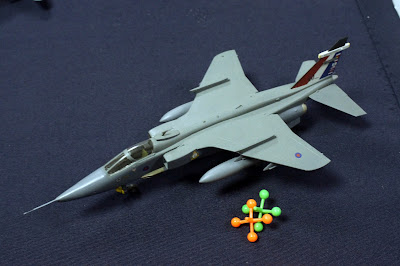 Joe also brought in a non-theme related kit, a Hasegawa 1/72 F4U-1 Corsair.  Joe decided to build this on OOAB however (that's Out Of A Box) and utilized various parts from older builds and the parts box.  The model is topped with Superscale decals of "Dangerous Dan/Eight Ball" from VMF-122 and finished in a relatively uncharacteristic somewhat weathered scheme. 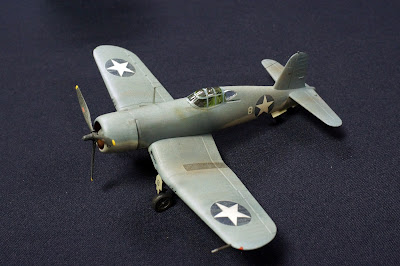 Moving on to a couple of builds that we have been following over the past few months, we have a 1/48 Hasegawa F-16A that Mike Colvin had intended on having completed for last month's "Aggressors" theme.  Mike used Fightertown Decals to depict an aircraft belonging to the NSAWC Topgun squadron.  Looks like it was worth the wait. 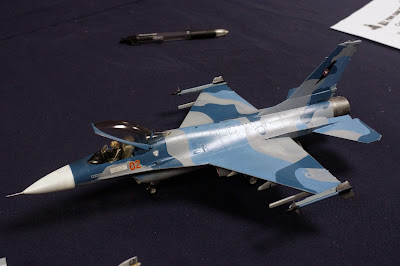 We have also been following this last completed build for a few months, which is the stunning 1/72 F9F Panther built by Andy White.  Starting from a Hobbyboss kit that he had received as a gift, Andy added markings from the Iliad Decals "Stars in the Sky 2" sheet to depict the aircraft that was piloted by Capt. Ted Williams while he served with VMF-311 in Korea, ca. 1953.  Andy depicted the aircraft inflight with a custom base completed with a Boston Red Sox logo. 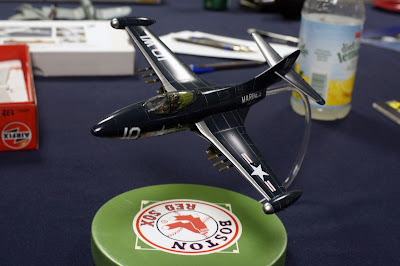 In addition to the completed builds, there were also two in progress updates.  The first update was also being built by Andy White, and is the Airfix 1/72 BAe Hawk that is the subject of this year's "Build the same kit" theme.  Andy is using the Red Arrows boxing and has added wingtip lights custom made from clear red and green plastic. 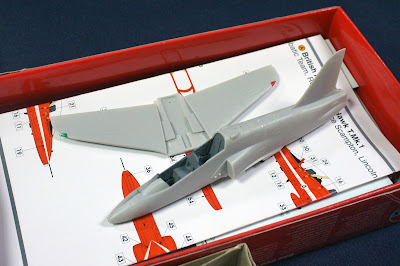 Also with an in progress build is Nate Swift with a 1/72 Dragon Do-335B-4, which is the longer wingspan recon version.  As you can see, Nate is once again doing a spectacular job applying a very complex paint job.  Can't wait to see the finished project! 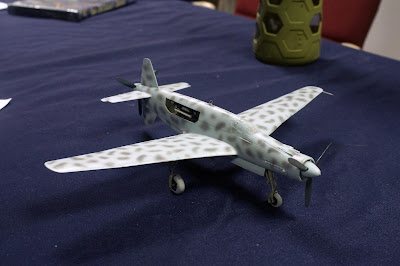 Posted by David Fuller at 9:12 PM No comments: