July's meeting theme was "Down Under" - any model related to Australia or New Zealand.  There were 5 builds-in-progress, and 8 completed models, three of which were theme related.

Sensing that the club had lost a little class, Tim Holland made a special trip back from the UK to bring in his two theme entries, built in "The gentleman's scale".  First up is the AZModels Spitfire built mostly out of the box.  Tim reports that the kit is very accurate, and apart from the wingtips, is very easy to build for a short run kit.  Tim added brass gun barrels by Master and Propagteam decals to represent a bird flown by the RAAF's top ace, W/C Clive R. Caldwell (27.5 victories). 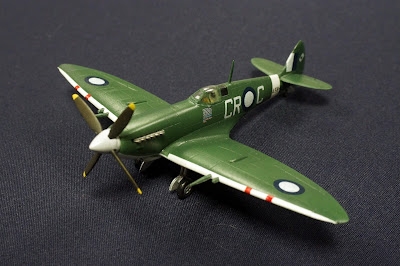 To complement his Spitfire, Tim also brought along this Academy P-40N, also built OOB.  This particular model was recovered from Tim's "shelf of doom", a resting place for unfinished models where it sat, waiting, for 10+ years.  Tim notes that the kit needs a better spinner and propeller, and that the fuselage is slightly too tall at the canopy on an otherwise nice kit.  Markings are for an example flown by F/L Geoff Atherton of 80 Sqn in New Guinea 1943. 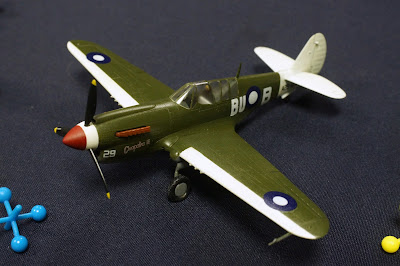 No, you're not seeing double.  Our final theme related build is another example of the No. 80 Sqn P-40N, this time built in 1/48 scale by Mike Colvin.  Mike started with the Italeri kit and built it completely OOB. 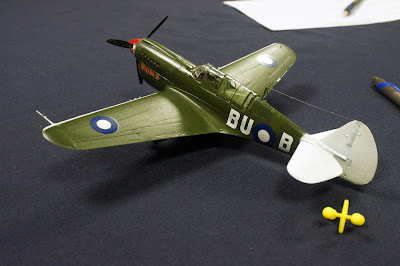 Moving on to non-theme builds we have a wonderful A-7E Corsair II built by Jim Rotramel.  Jim started with the Hasegawa 1/48 scale kit and added Aires wheel wells, Black Box cockpit, and SAL struts.  Under the wings, the Corsair carries a prototype DACO Walleye II ER/DL and AN/AWW-7 data link pod.  This was all topped off with markings to represent a unit that participated in Operation Eagle Claw. 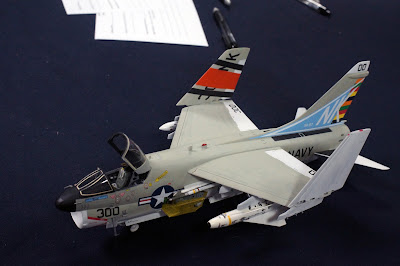 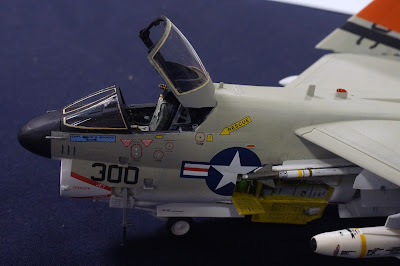 Steve Lucianetti was also on hand with a converted war games miniature and diorama.  Steve started with a Flames of War 1/100 M-10 tank destroyer and added it to a very nicely done diorama base. 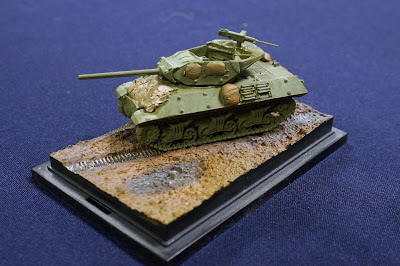 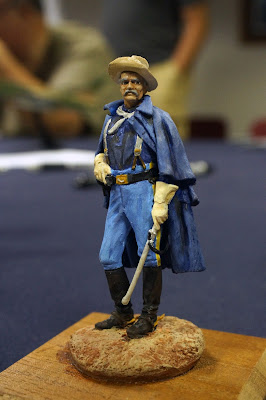 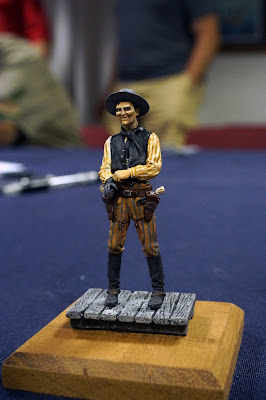 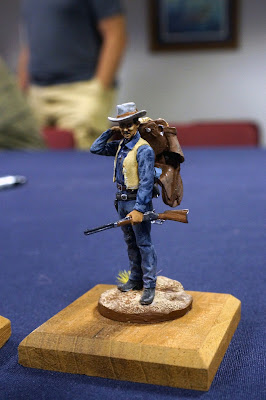 Along with his completed cowboys, John also brought along parts of his latest project, which is yet another "Battle of the Little Big Horn" diorama.  John has started with two 75mm Fusilier US Cavalry figures and a couple of dead horses.  Seeing as dead horses are hard to find in model form, John is scratchbuilding his from Sculpey modeling clay.  We can't wait to see this one finished! (Maybe Custer will win this time...) 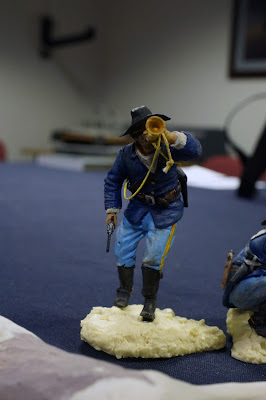 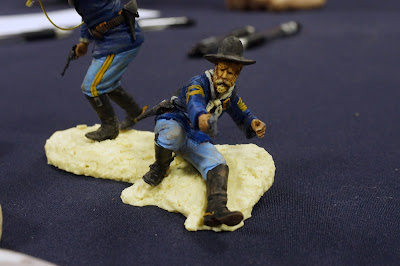 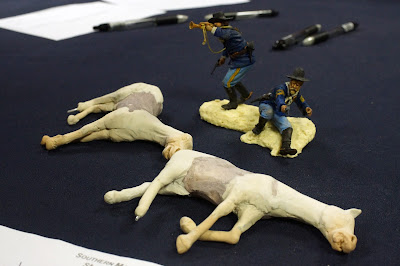 Steve Lucianetti also brought along an in progress build, a very nice looking F-105G Thunderchief.  Steve started with a 1/72 Trumpeter kit and has decided to build the model gear up. 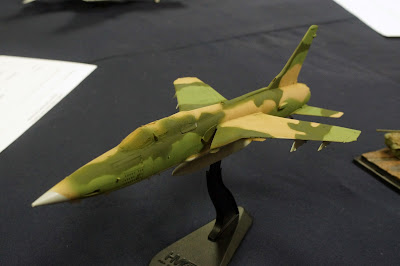 It must have been "Thud" night as well, because Nick Kessel also brought along his F-105 in progress build.  By contrast, Nick is starting with the Monogram 1/48 kit which will eventually represent an EF-105F Wild Weasel. 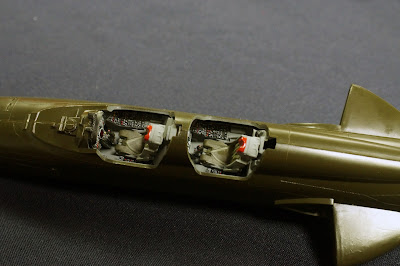 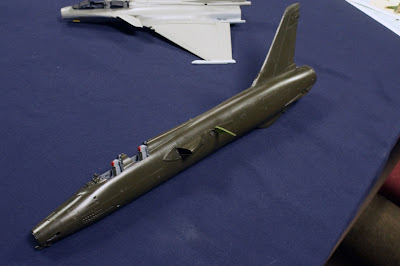 Nick is also working on a 1/48 Revell Rafale M.  Nick mentioned that his example was badly warped in places, but I think it's coming along nicely.  So far Nick has added a Wolfpack Resin Rafale F2 upgrade kit. 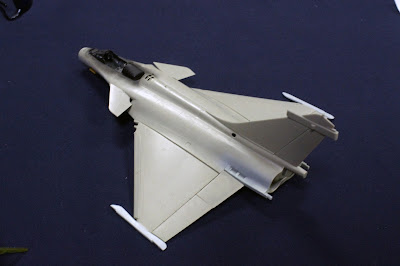 Last but not least is the 1/72 Fiesler Fi-103R being built by Steve Workman.  Steve has started with the Heller kit of the manned V-1 buzz bomb and added to detail to the cockpit based on photos he found on the internet.  He has also removed the raised panel lines, modified the kit seat, and will be adding a scratchbuilt instrument panel. 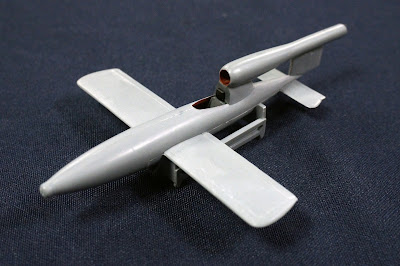 Remember, August is Amnesty month, so dust off your own "shelf of doom" and finish one of your old forgotten builds.
Posted by David Fuller at 9:04 PM No comments: