February's meeting theme was "The Falklands War", of which there were six builds. 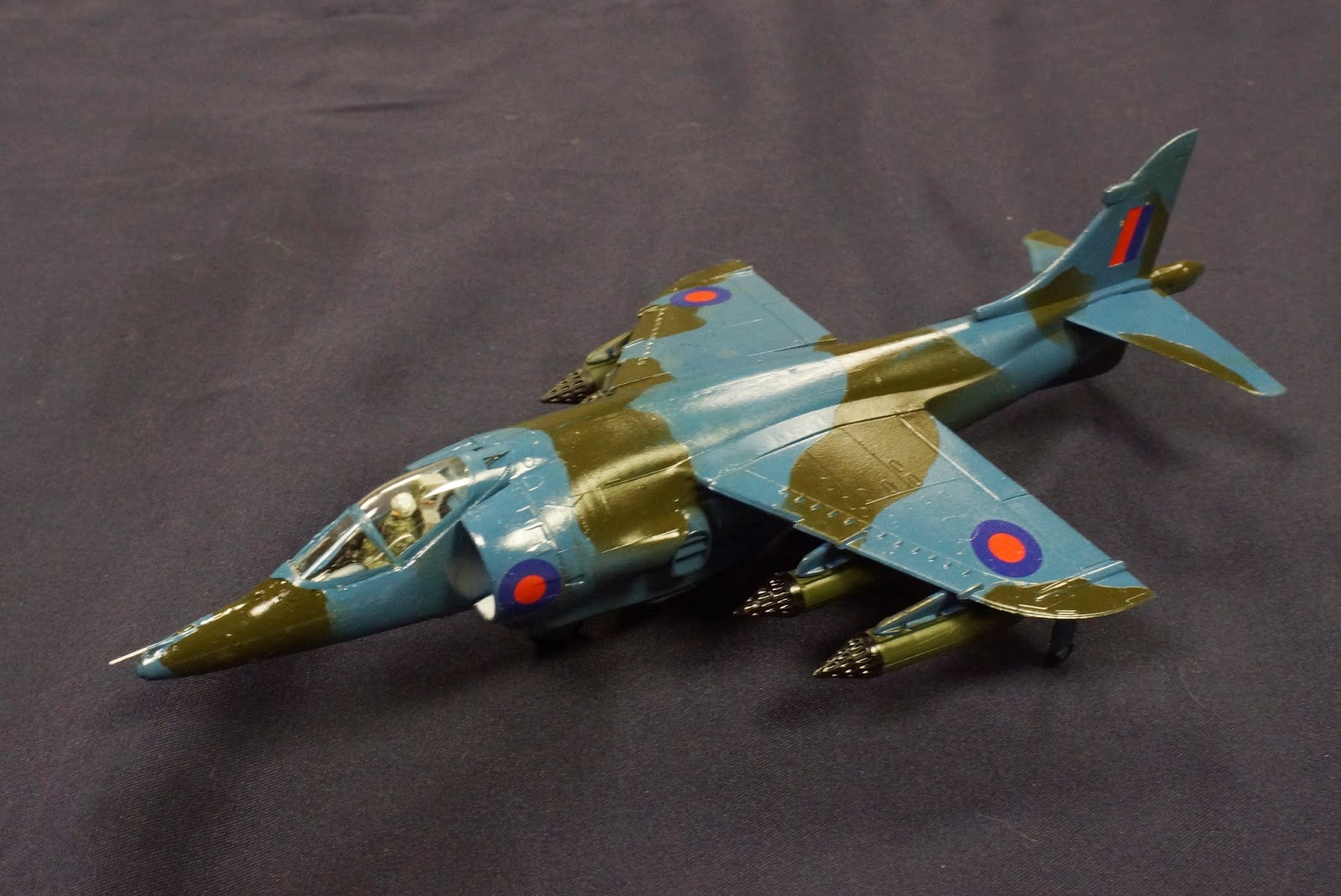 British Harrier GR.3 by Mike Colvin
1/48 Airfix
Out of the box build.  Still needs to finish the decals 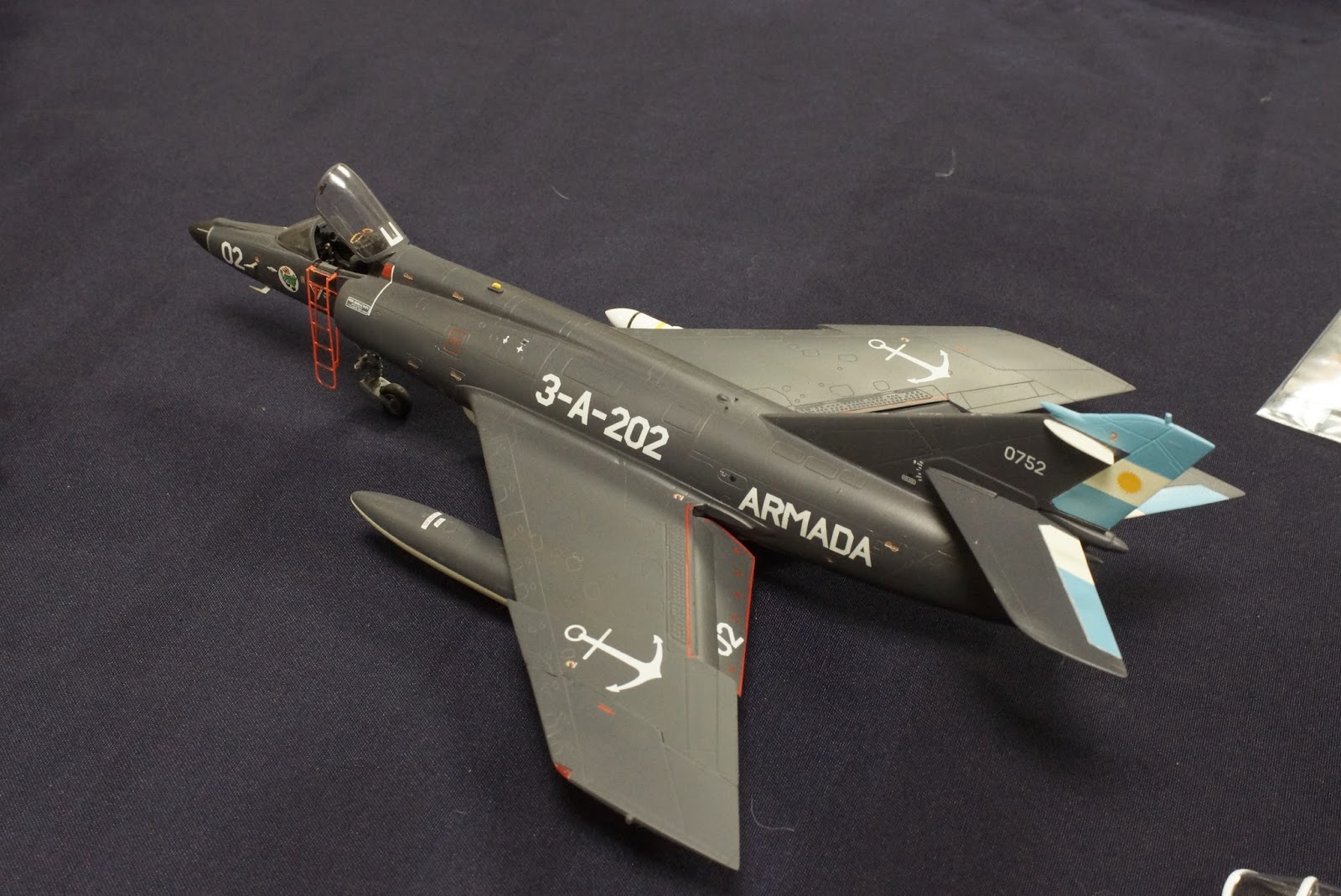 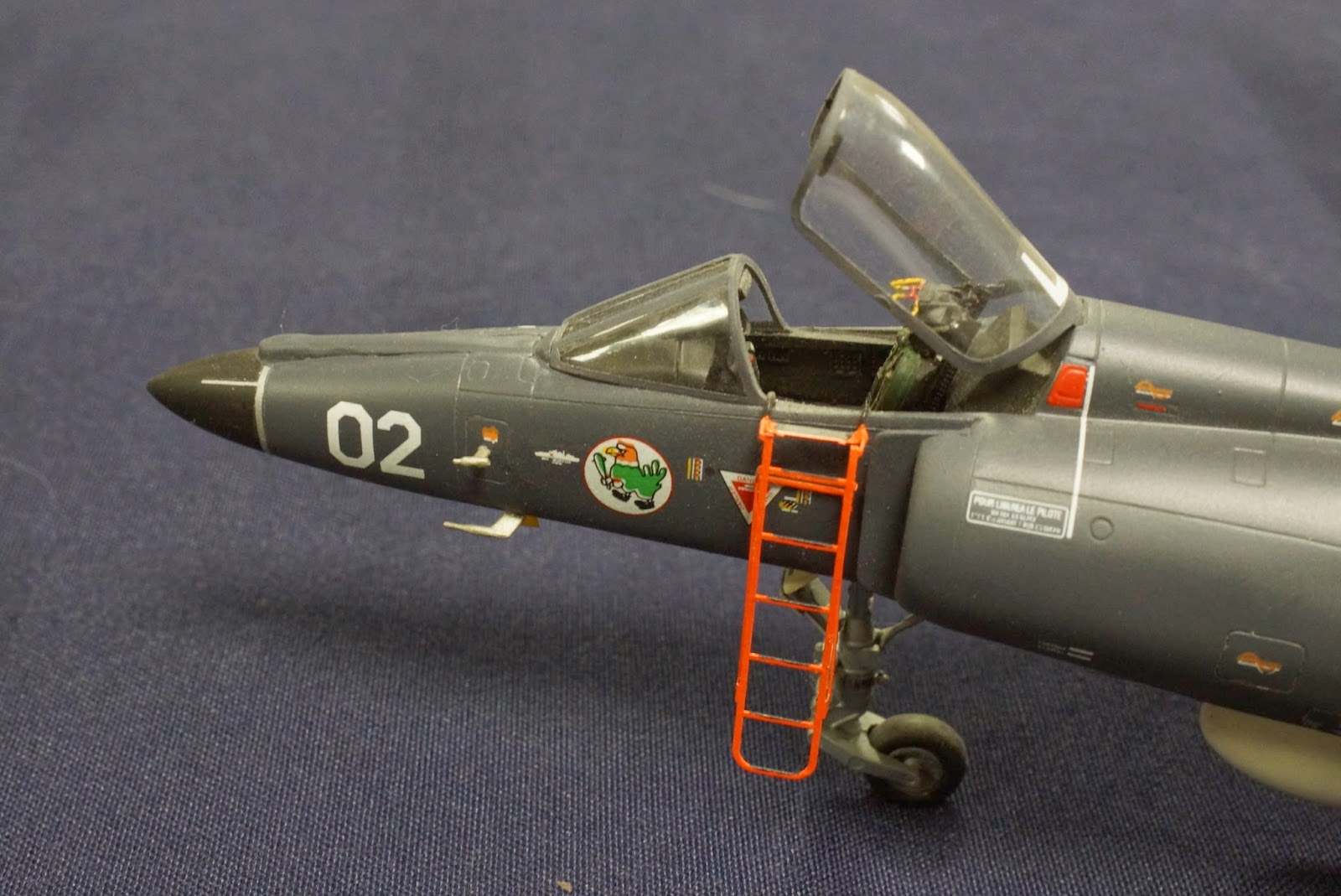 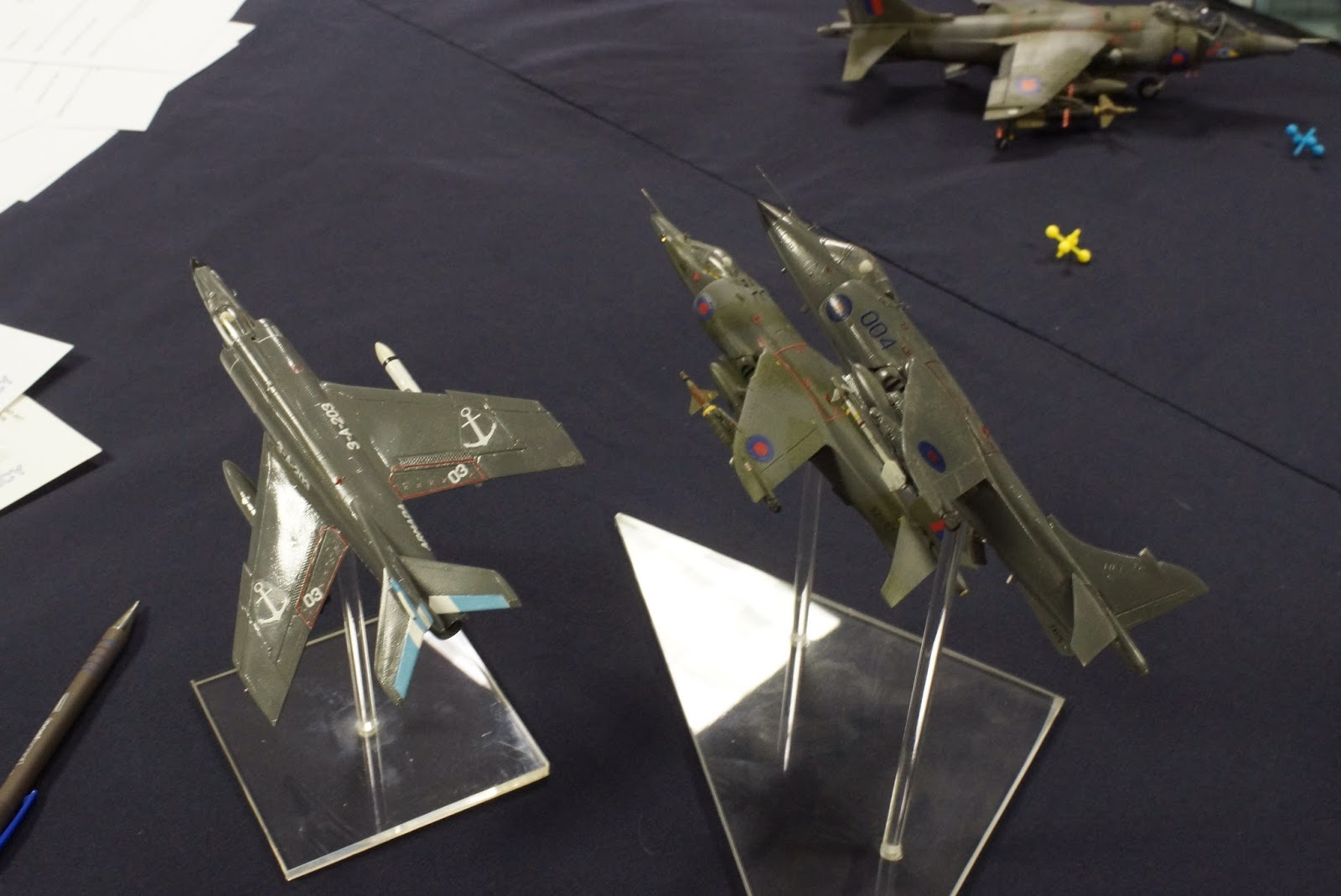 Harrier GR.3 by Jim Rotramel
1/72 ESCI
Modeldecal markings and Airfix LGB's.  Represents the jet that performed the only successful LGB delivery during the Falklands War.

Sea Harrier FRS.1 by Jim Rotramel
1/72 ESCI
Configured with an end of conflict loadout with a single 1000lb bomb on the centerline. 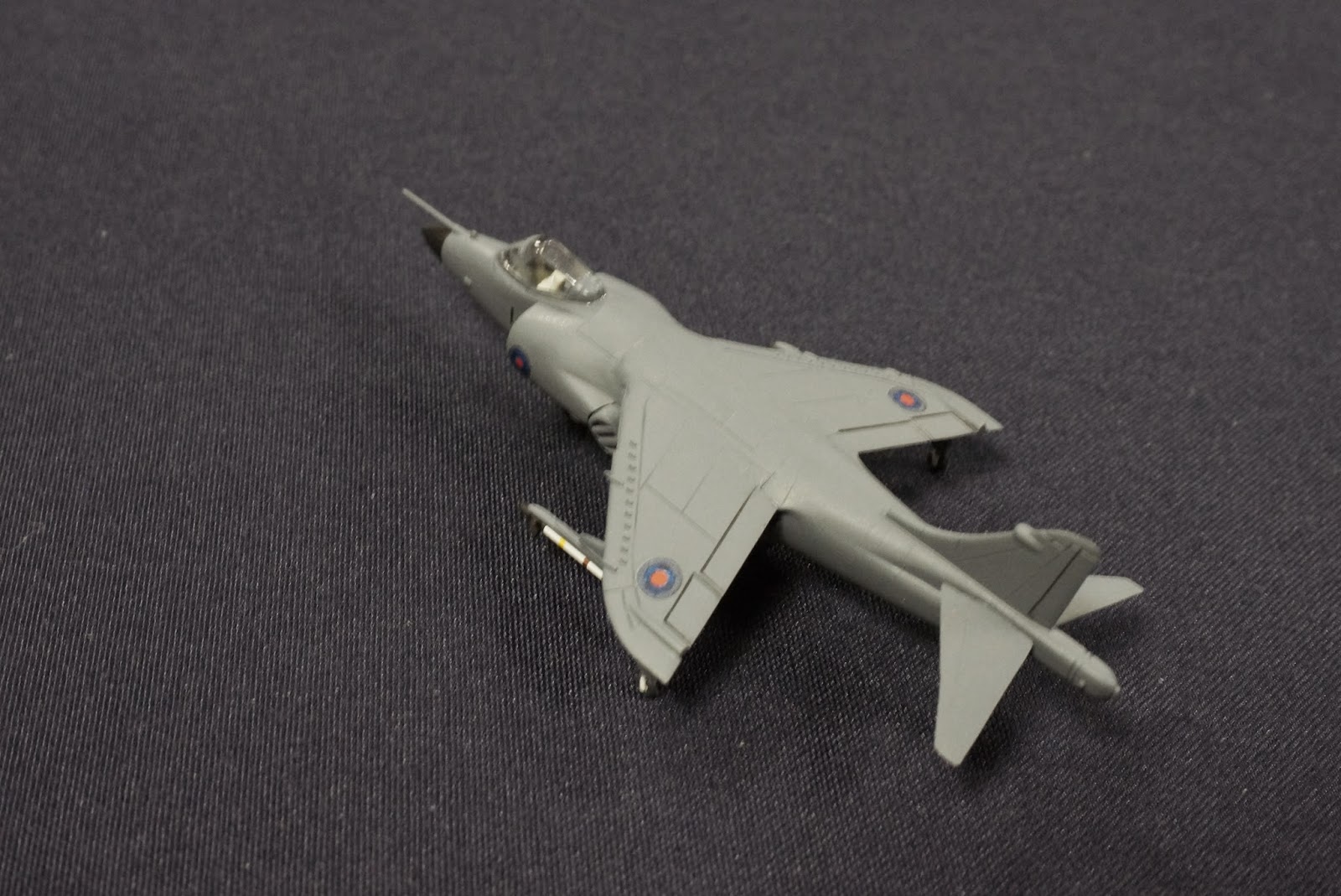 Sea Harrier FRS.1 by Ken Kelly
1/144 Minicraft
OOB.  Brush painted with Polly Scale paints, kit decals with the whites of the roundels painted out with blue. 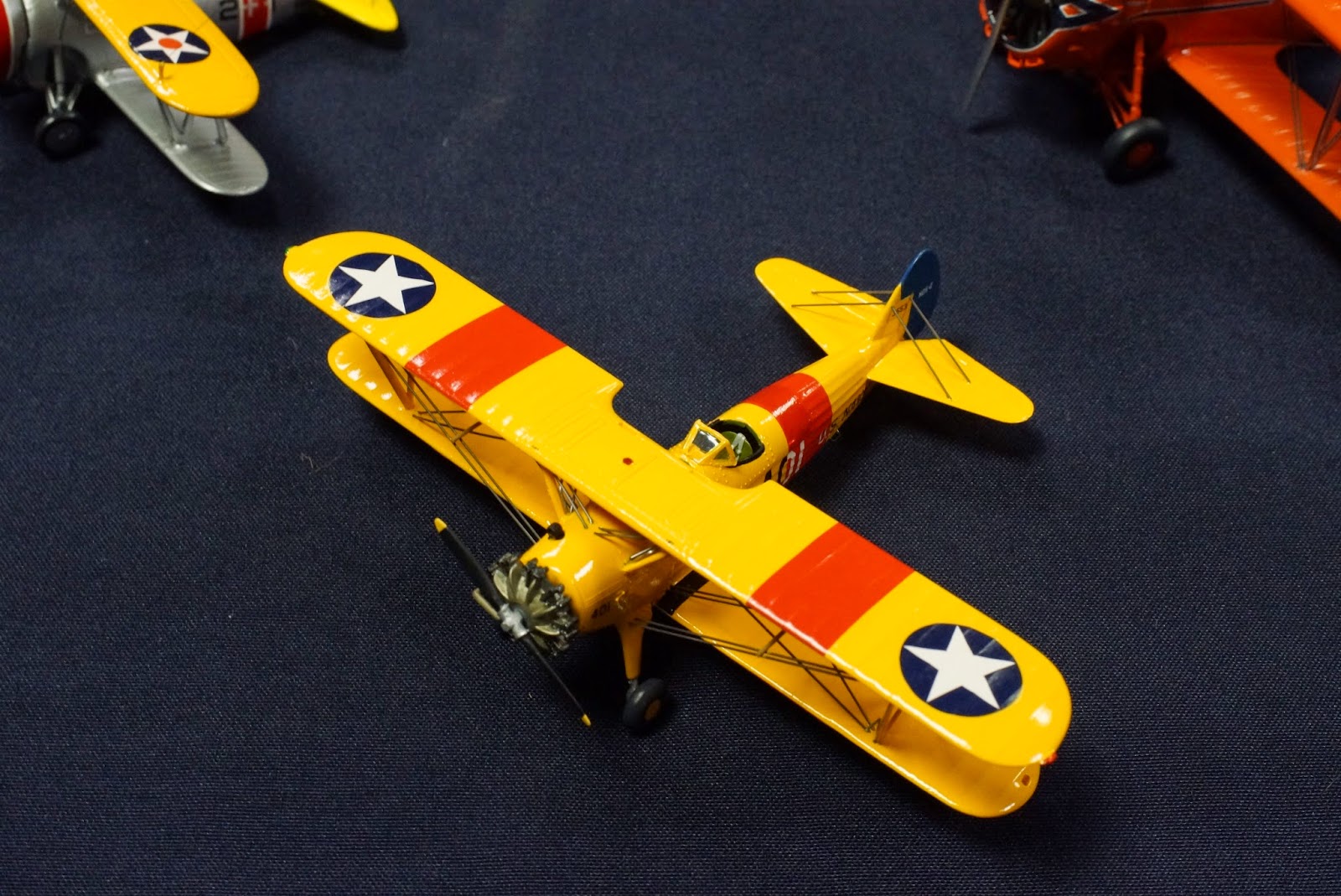 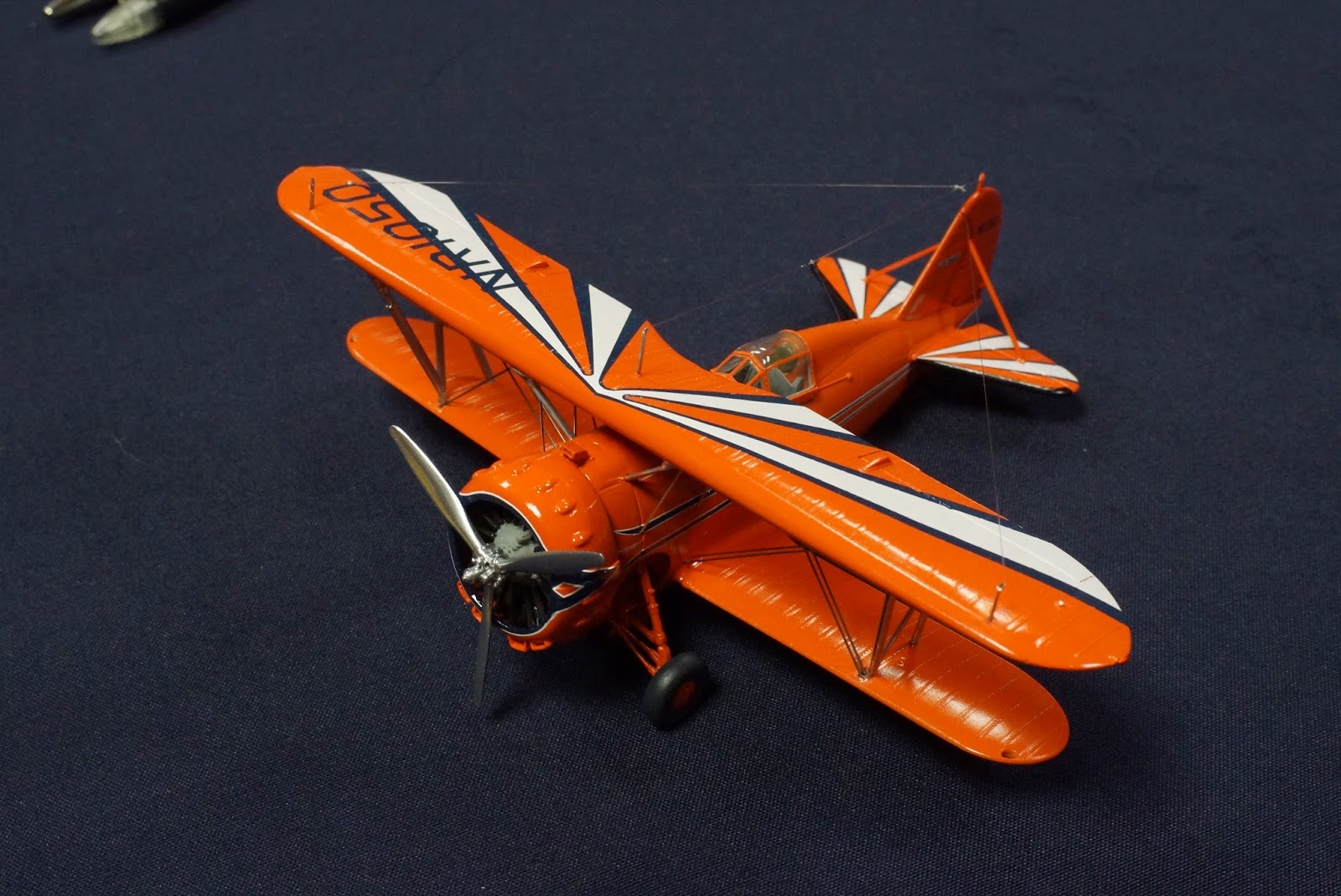 Grumman G-22 Gulfhawk II by Joe Hegedus
1/48 Accurate Miniatures
Mostly OOB, with a replacement tailwheel and scratchbuilt wingtop.  A difficult build due to the poor resin cast upperwing and fuselage upper deck of the kit. 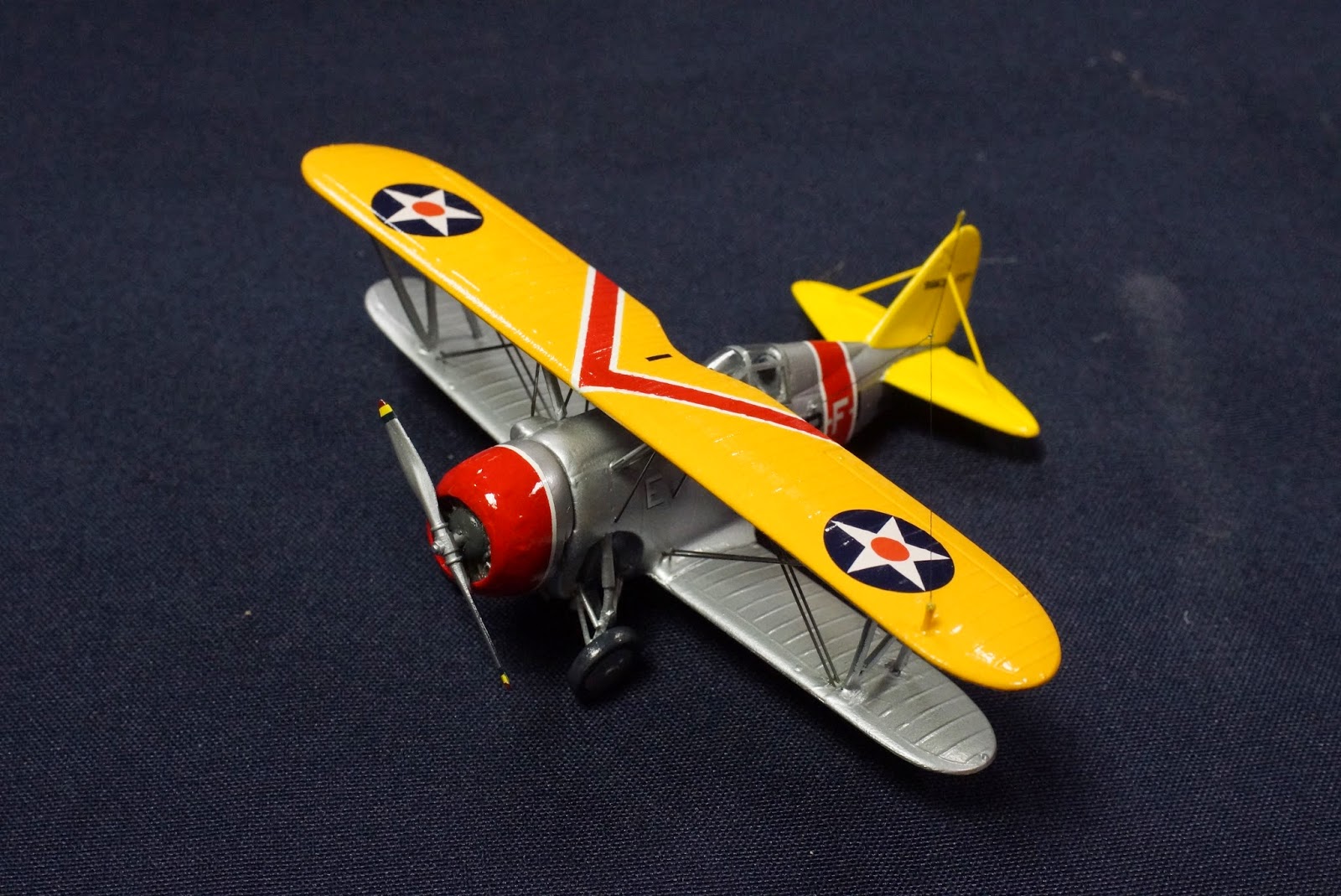 Grumman F2F-1 Flying Barrel by Joe Hegedus
1/72 Esoteric
Vac-u-form kit.  Replaced kit prop with one from a Monogram biplane kit.  Engine is a resin copy of the MPM F3F-1 kit engine.  Markings for VF-2 are from the scrap box.  Rigging is 0.015" steel wire. 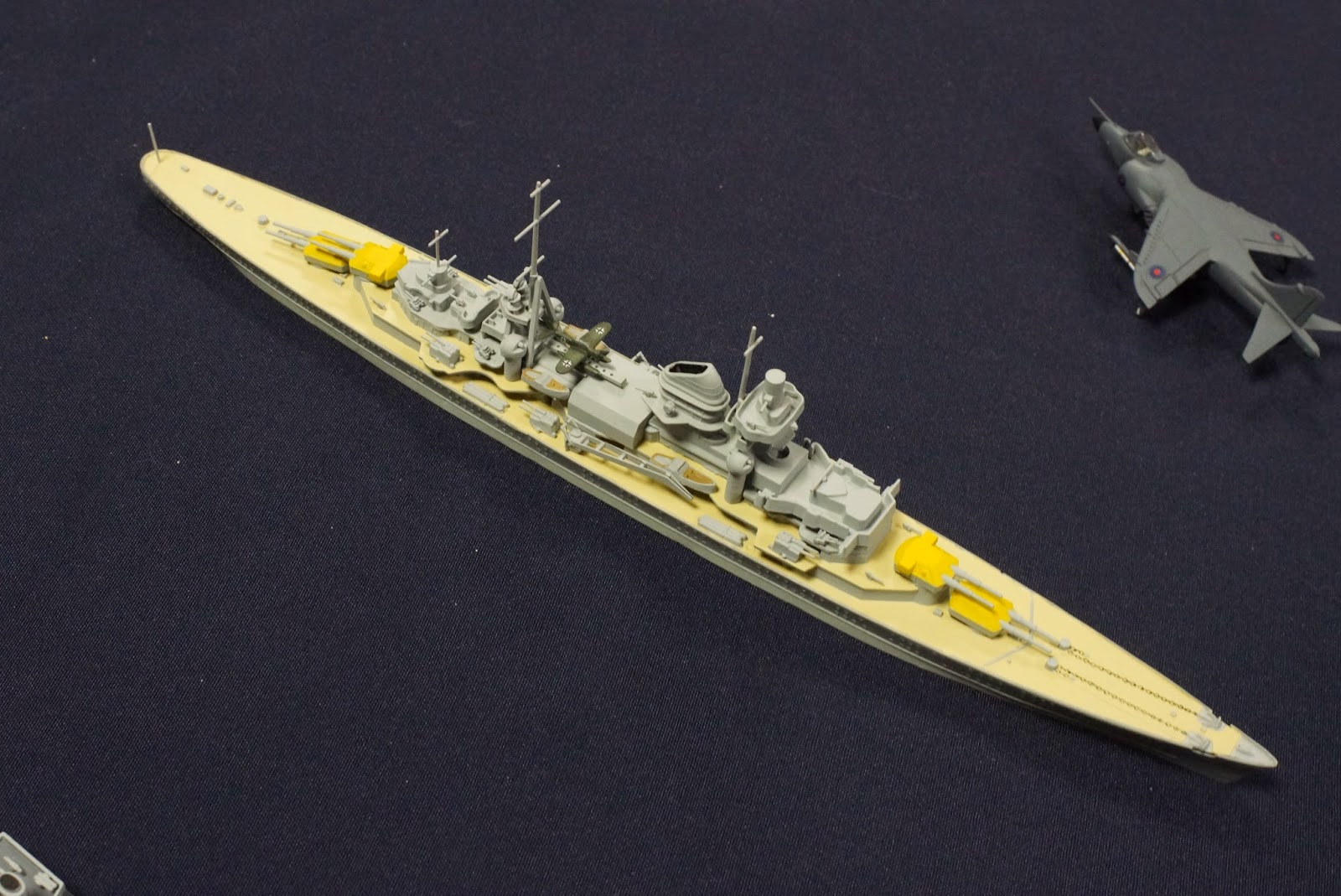 DKM Admiral Hipper by Ken Kelly
1/700 Revell of Germany
This is a 40 year old model that was rescued from the attic and rebuilt.  The rebuild includes a scratch built hangar, catapult, rangefinders, masts, ships cranes, and Ar-196 floatplane.  The hull was cut to turn it into a waterline model.  The finish is hand painted Polly Scale paints. 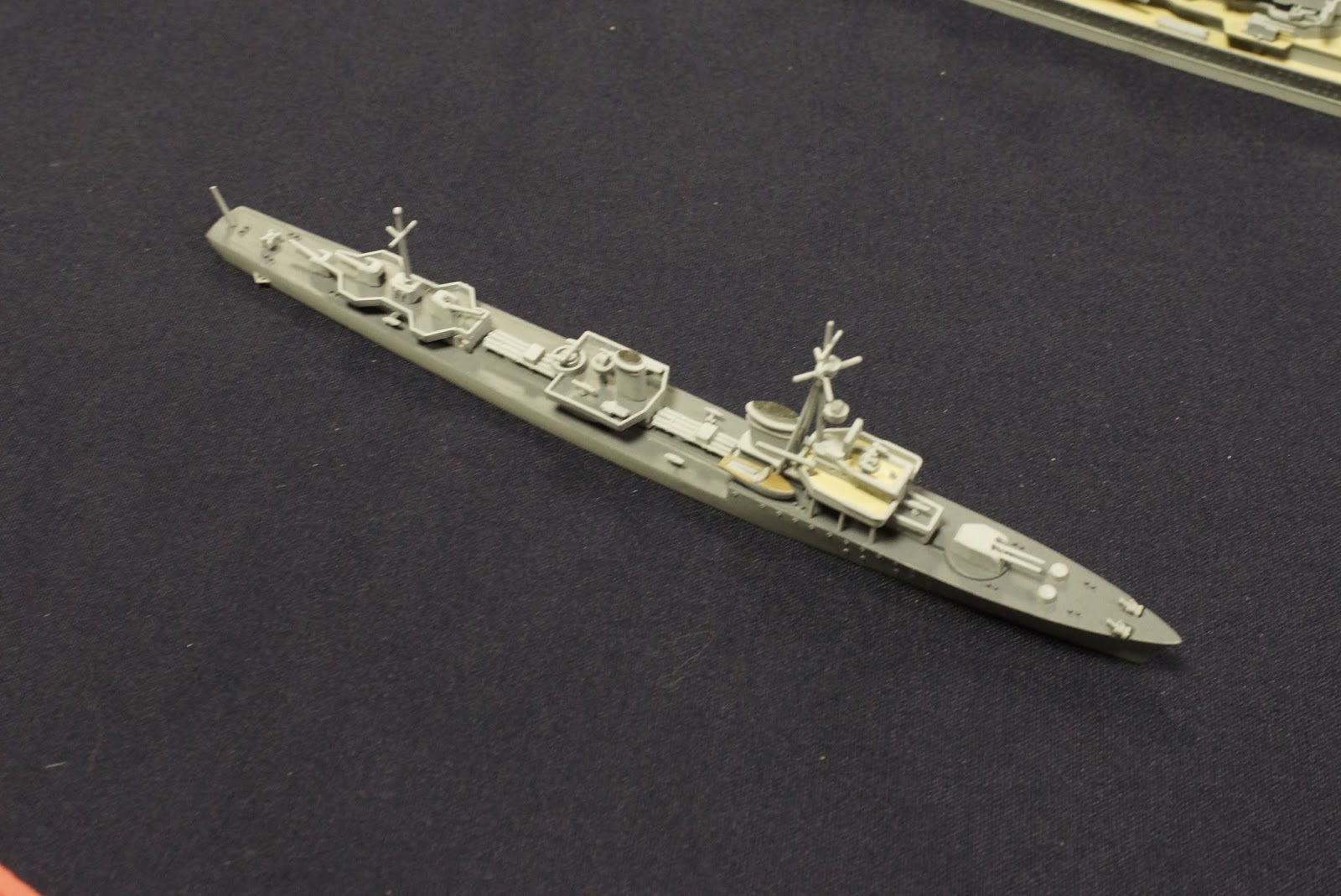 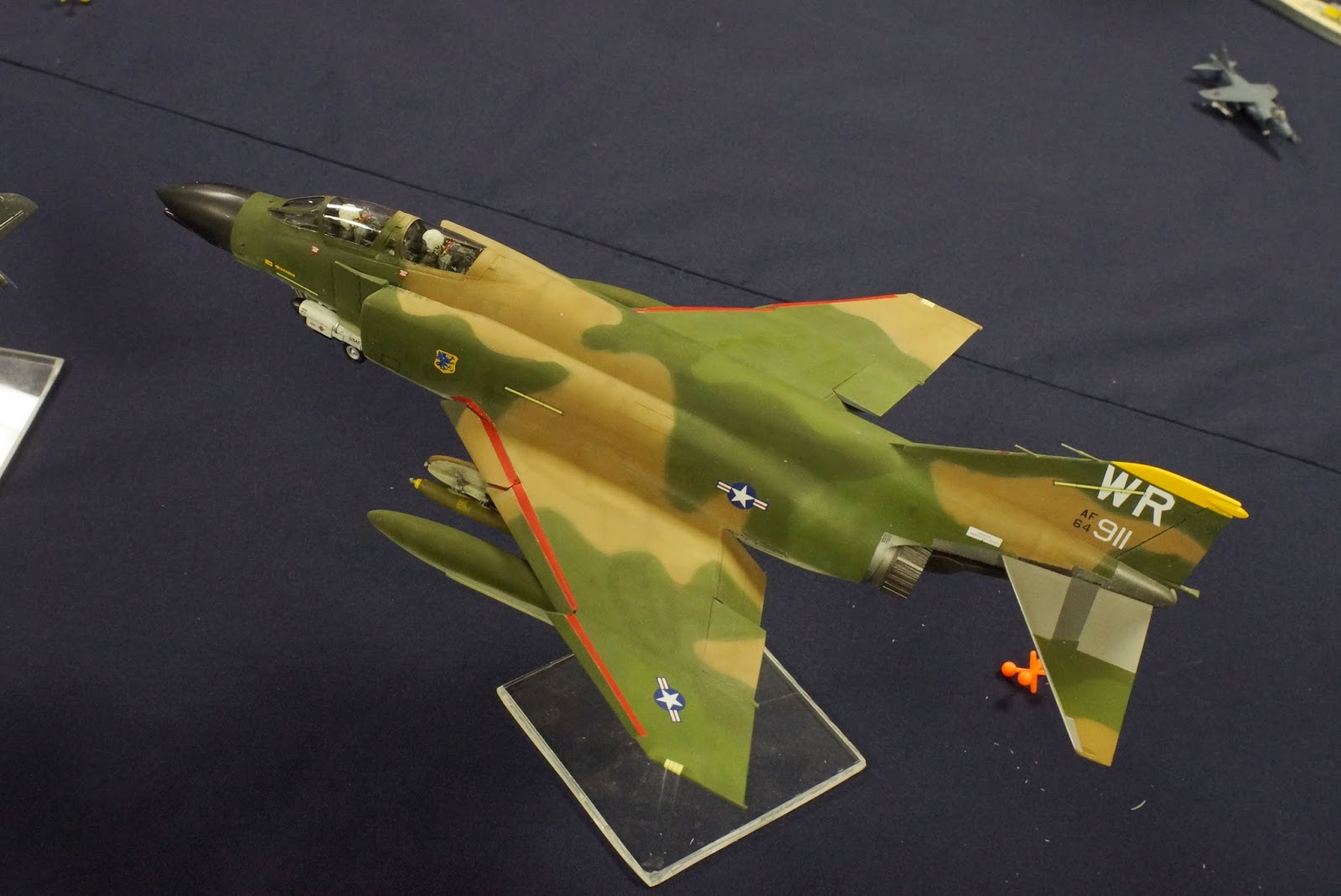 F-4D Phantom II by Jim Rotramel
1/48 Monogram
Built for a friend in the UK using Wolfpak flaps, KMC SUU-23 gun pod, and modified kit landing gear to show the aircraft in mid-retraction.  Markings are Xtradecals representing a unit from the 81st TFW from RAF Bentwaters. 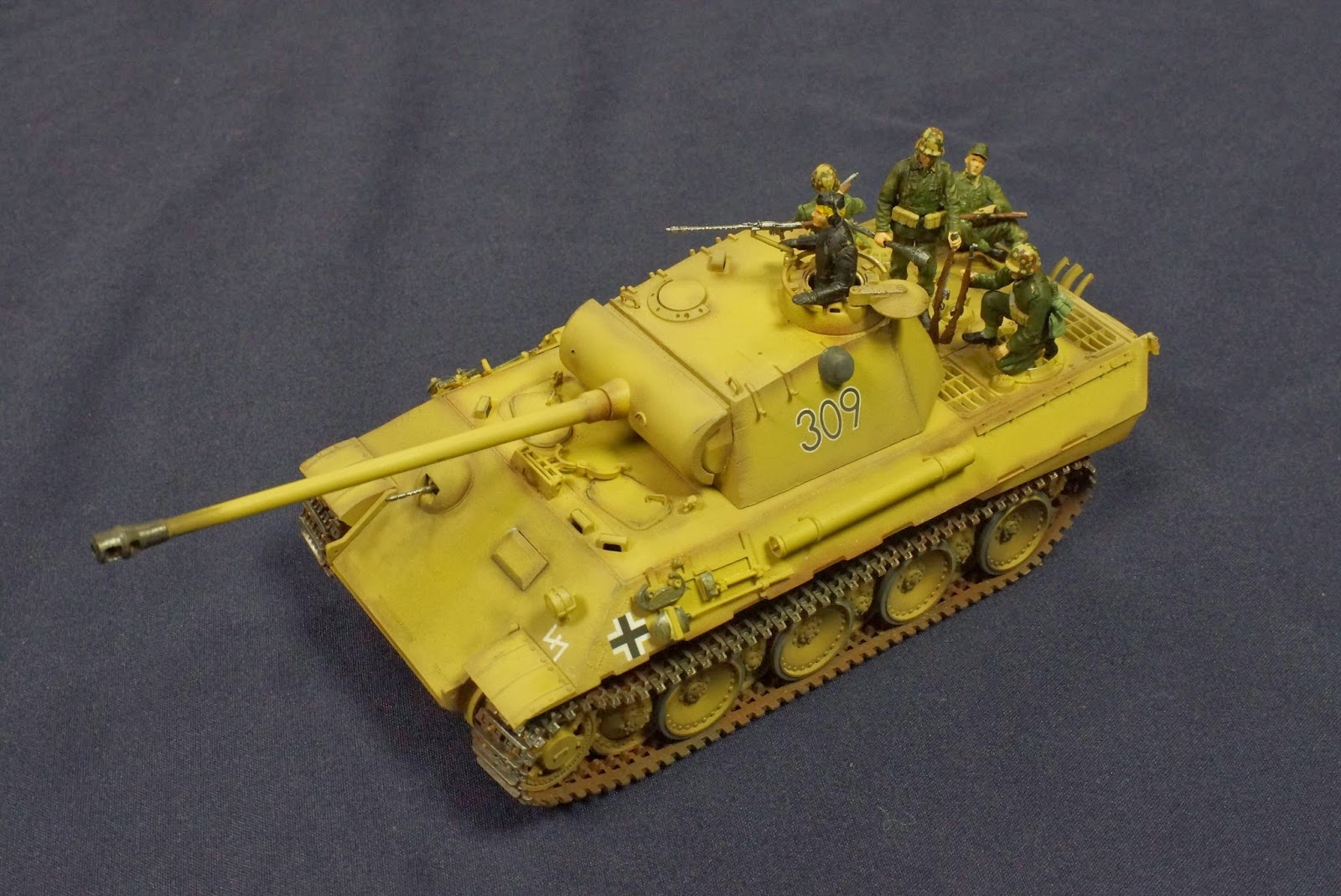 Panther A by Mike Colvin
1/35 Tamiya
Mostly OOB except for the barrel and figures. 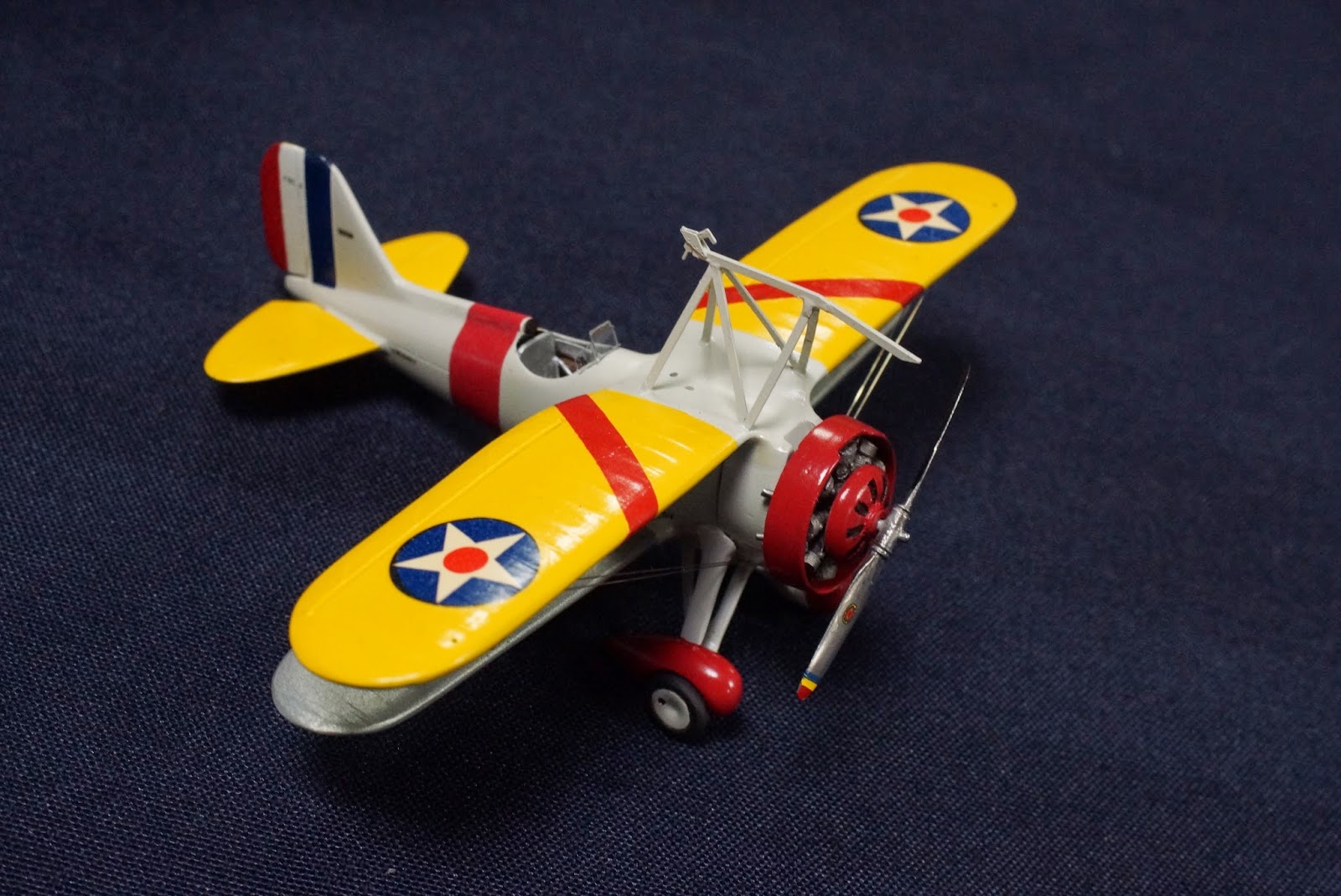 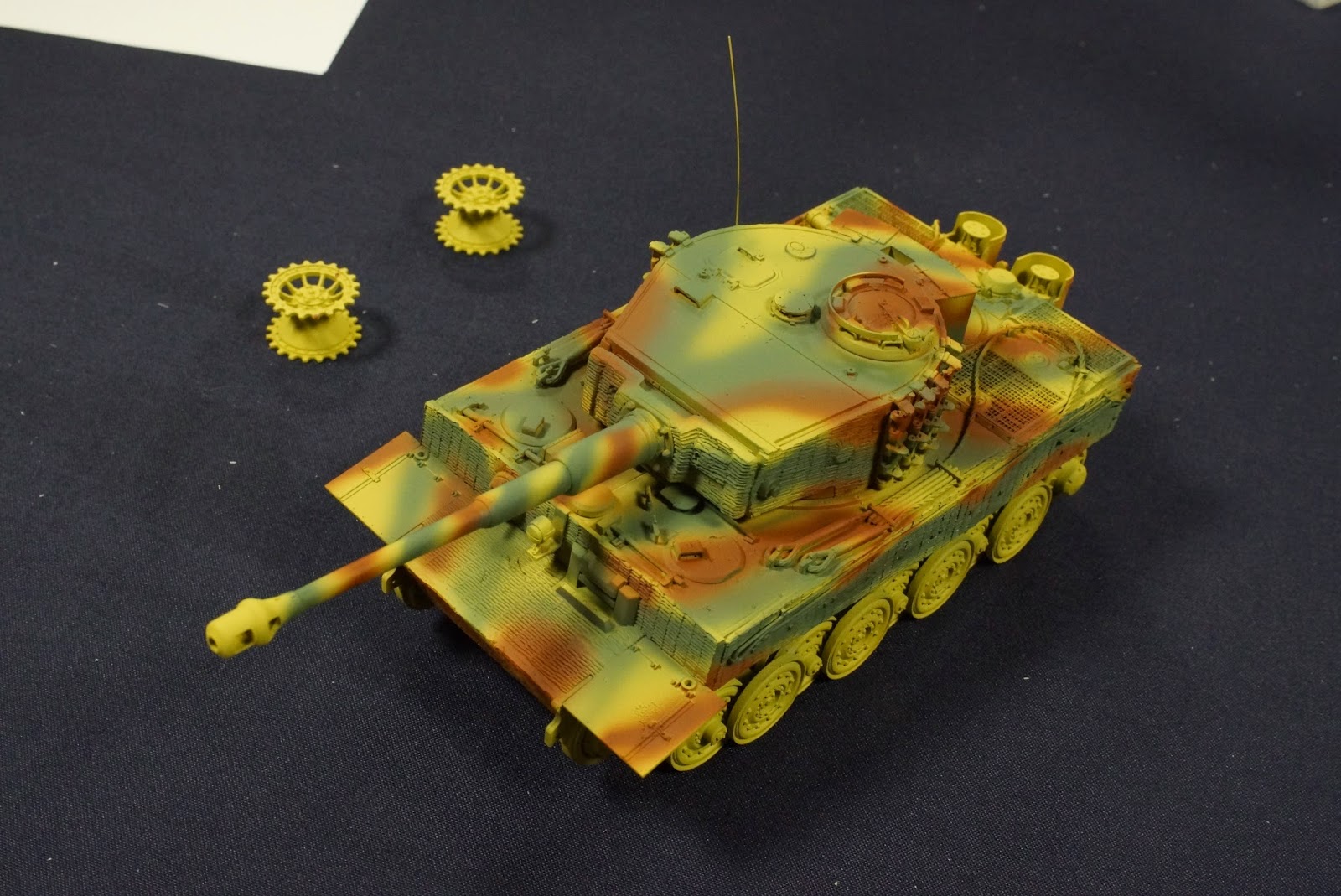 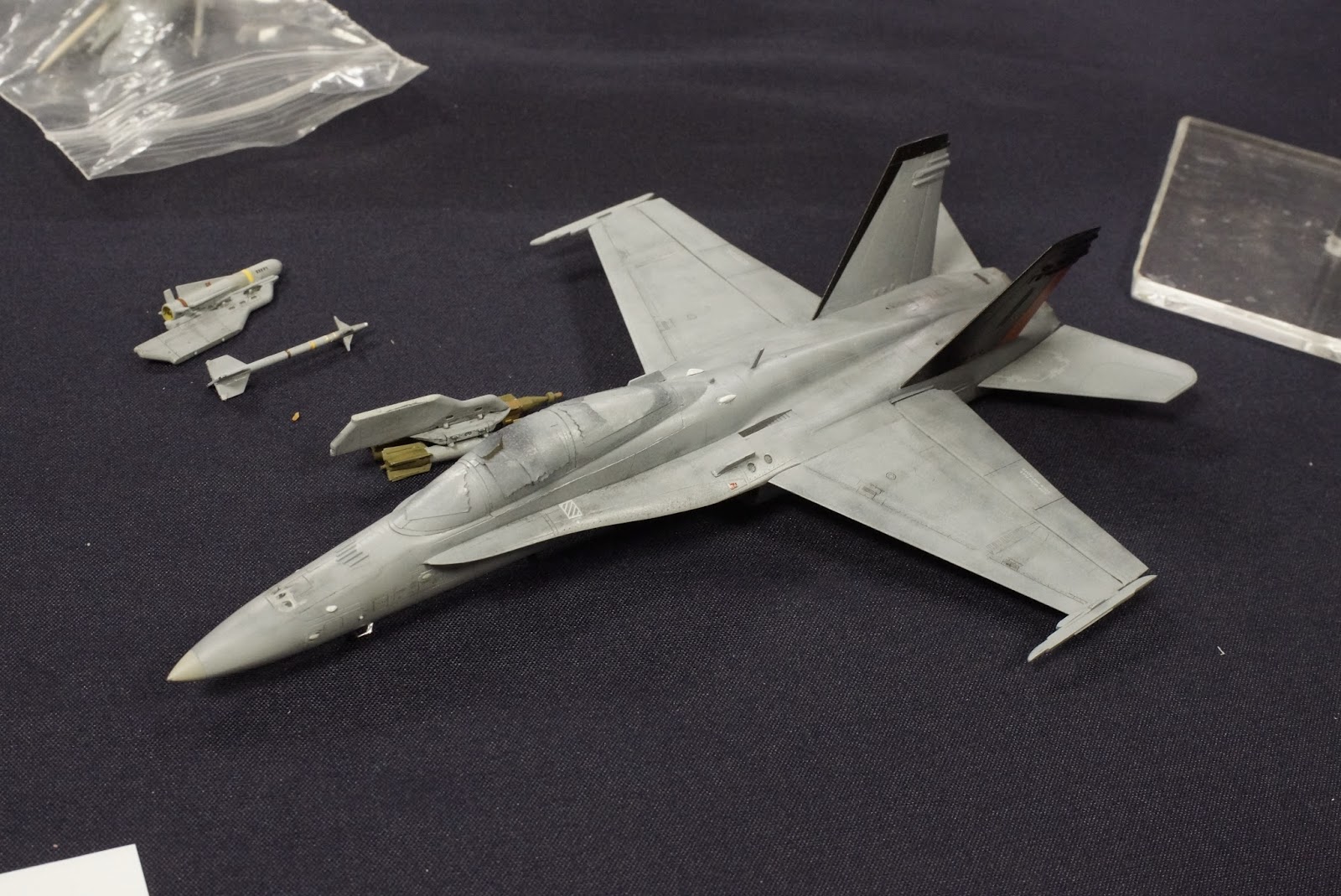 F/A-18D Hornet by Jim Rotramel
1/72 Academy
OOB with the exception of the weapons stores. 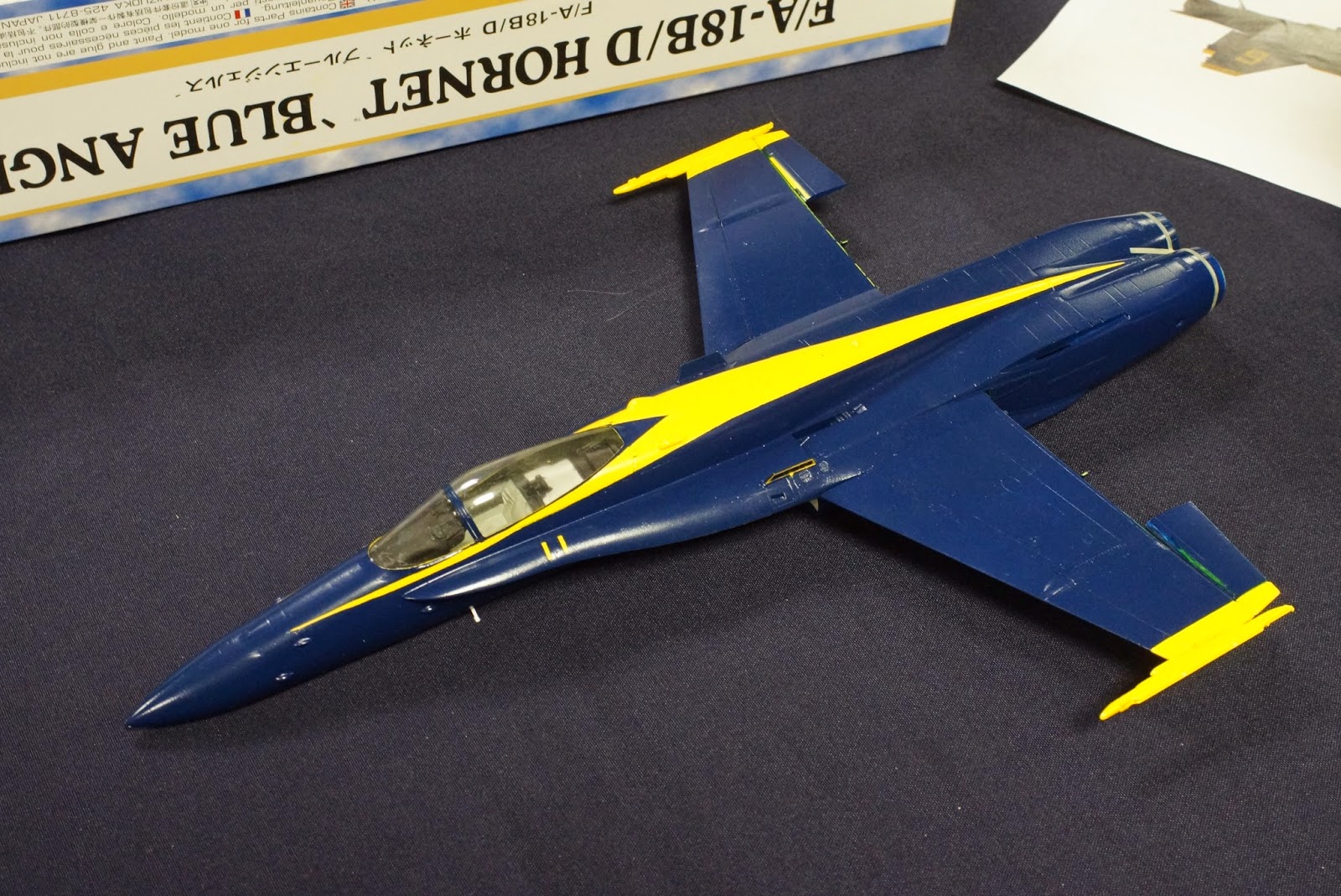 F/A-18 Hornet by Ryan Turgeon
1/48 Hasegawa
Part of a 2 model in flight display. 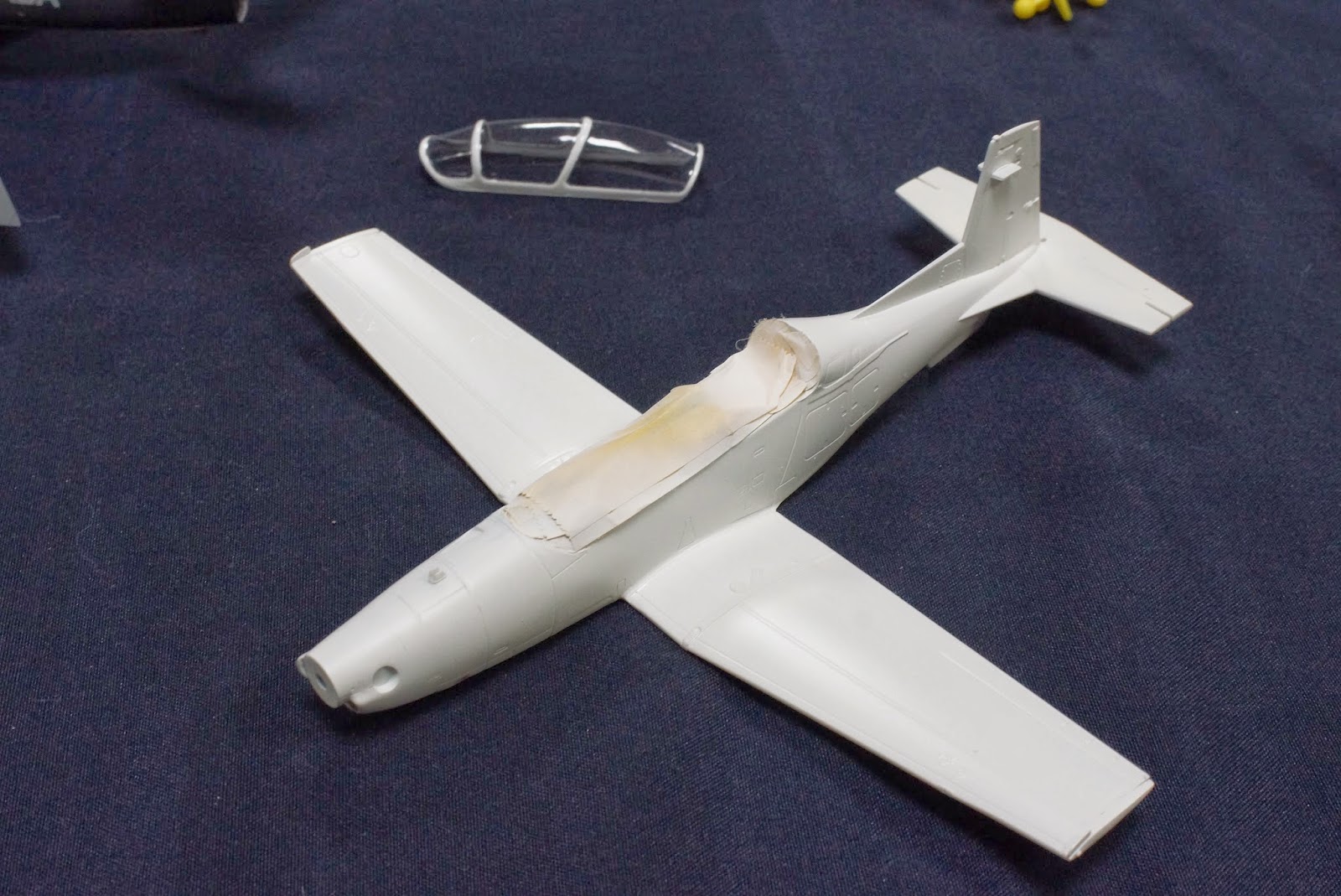 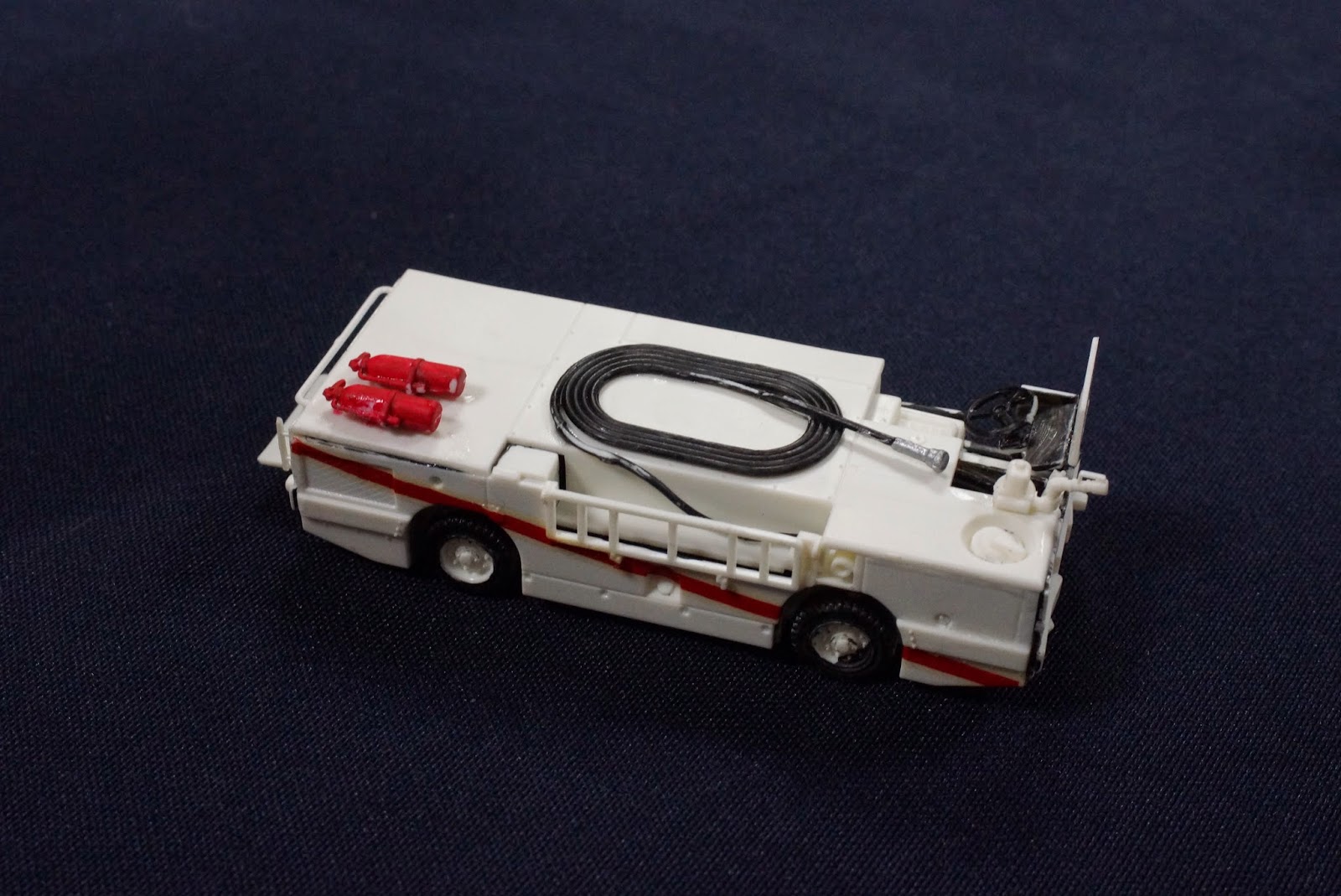 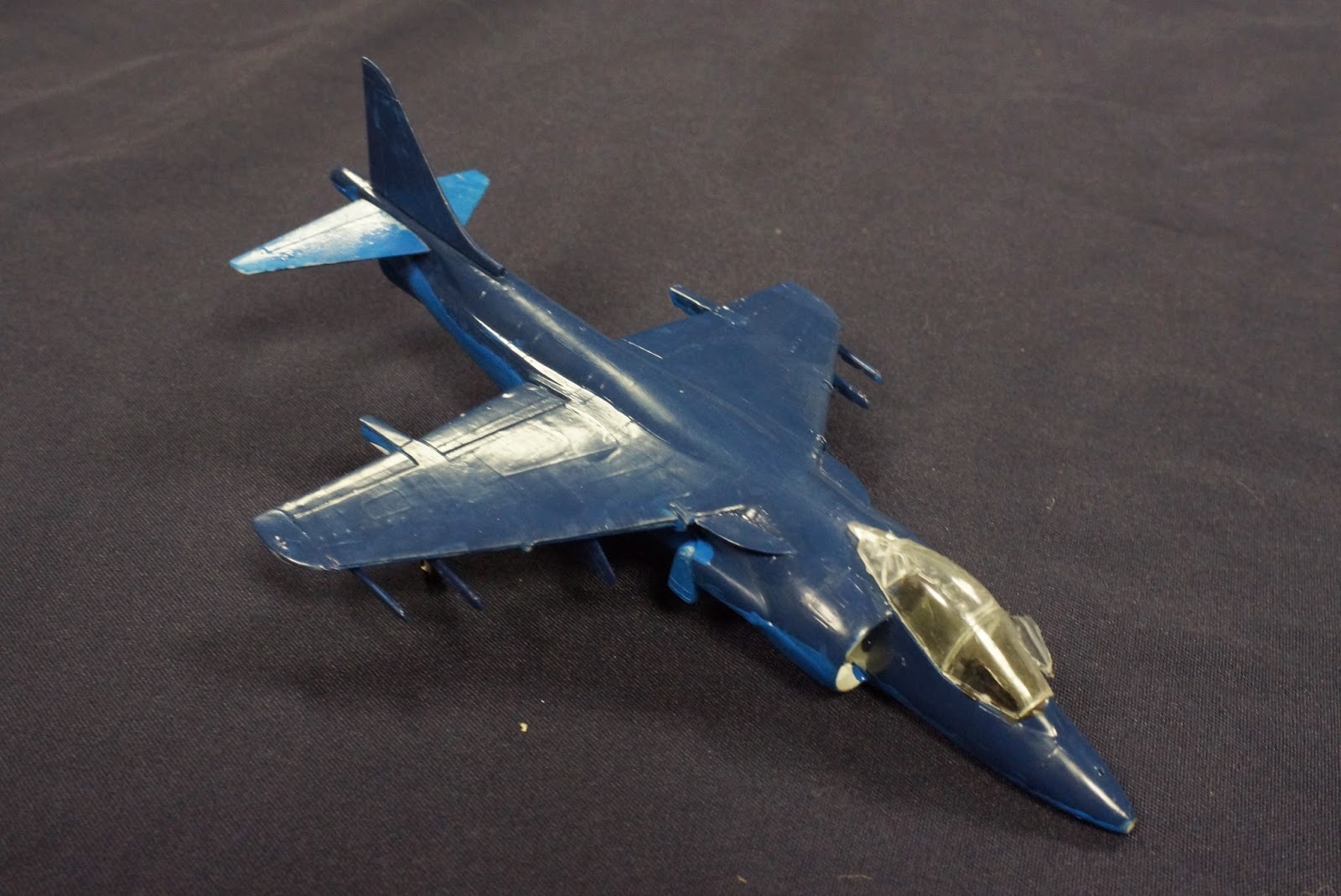 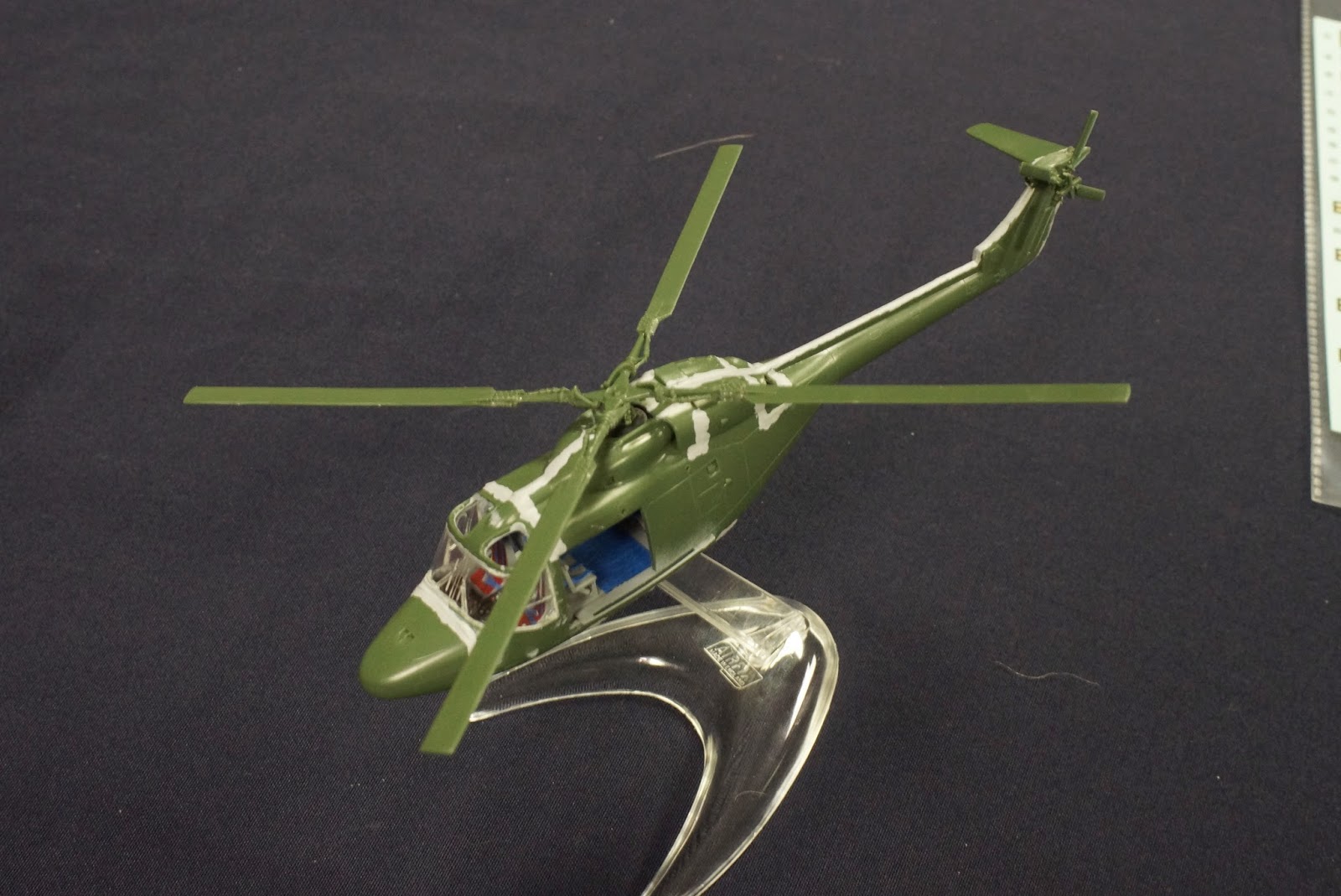 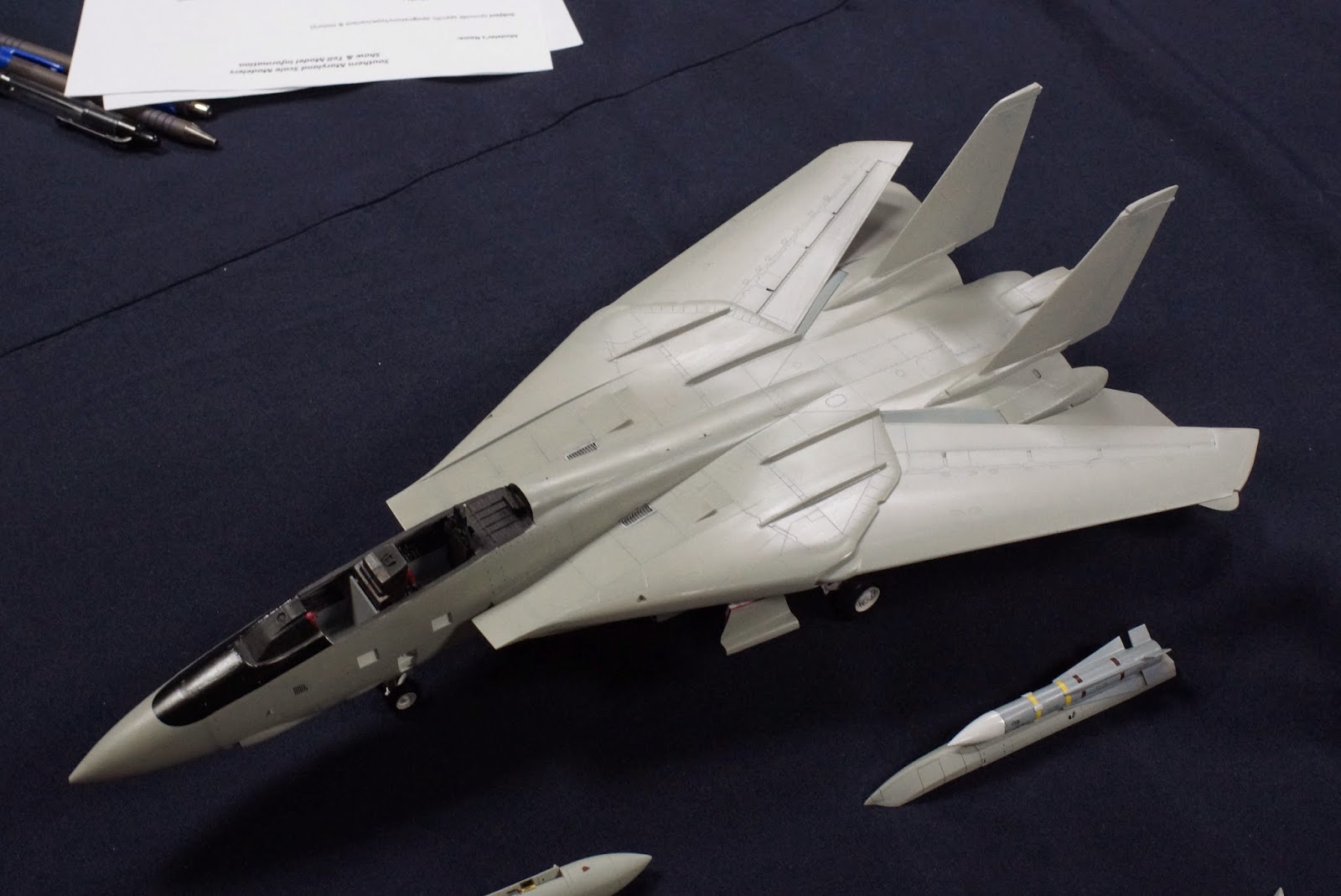 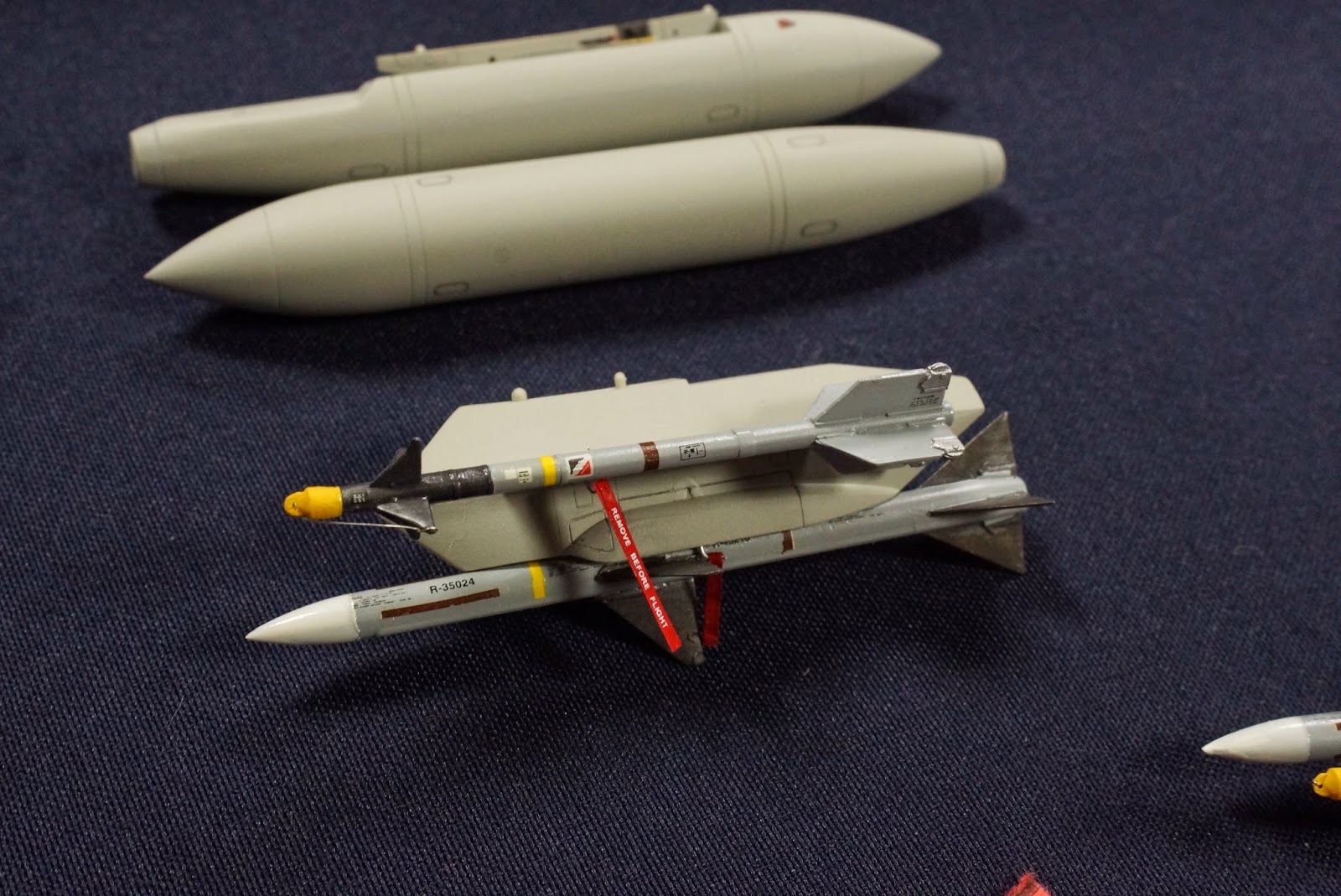 Those builds that are so good, the builder is too afraid to fill out an information form, lest his fellow builders die of shame.  Abandon all hope ye who enter here: 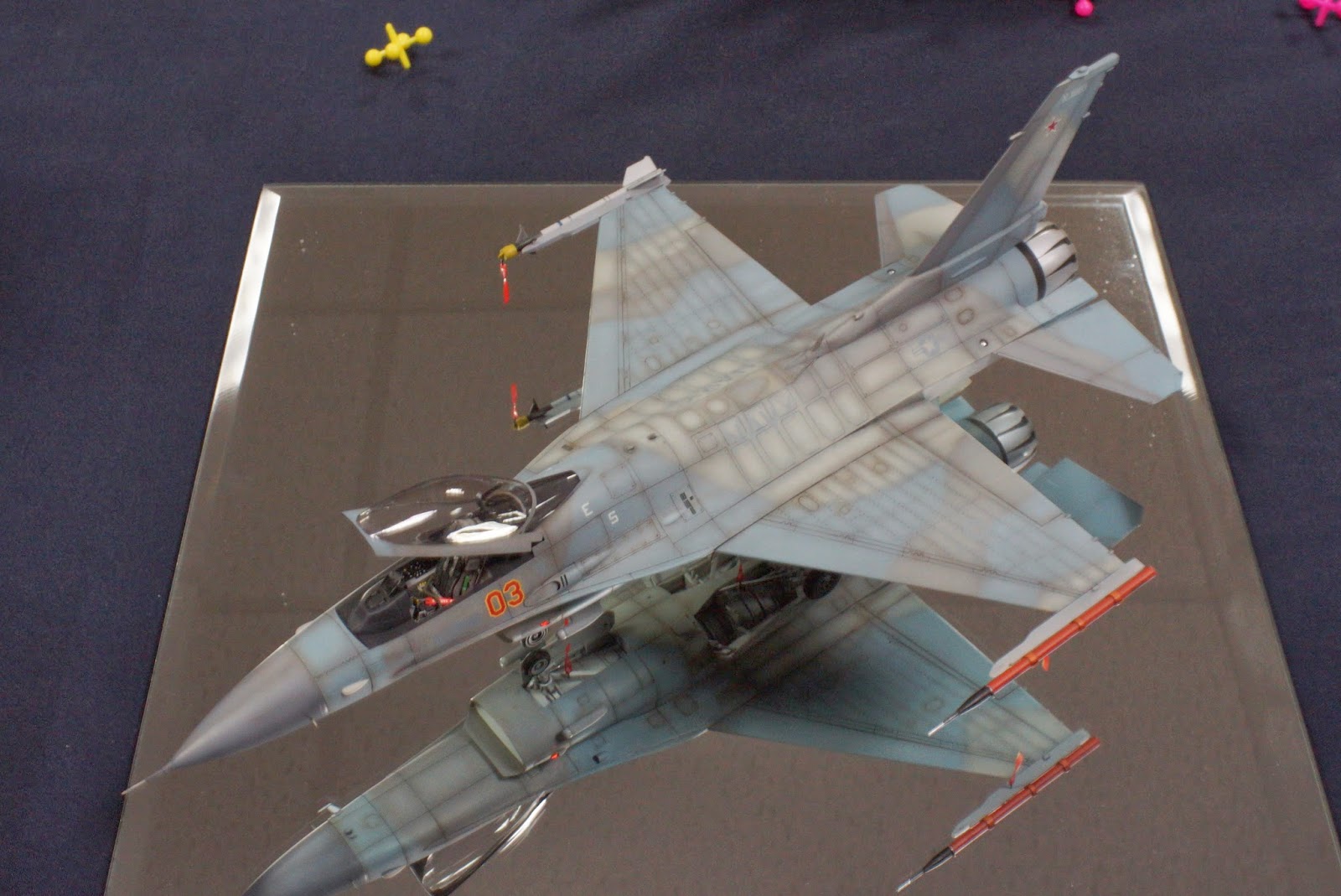 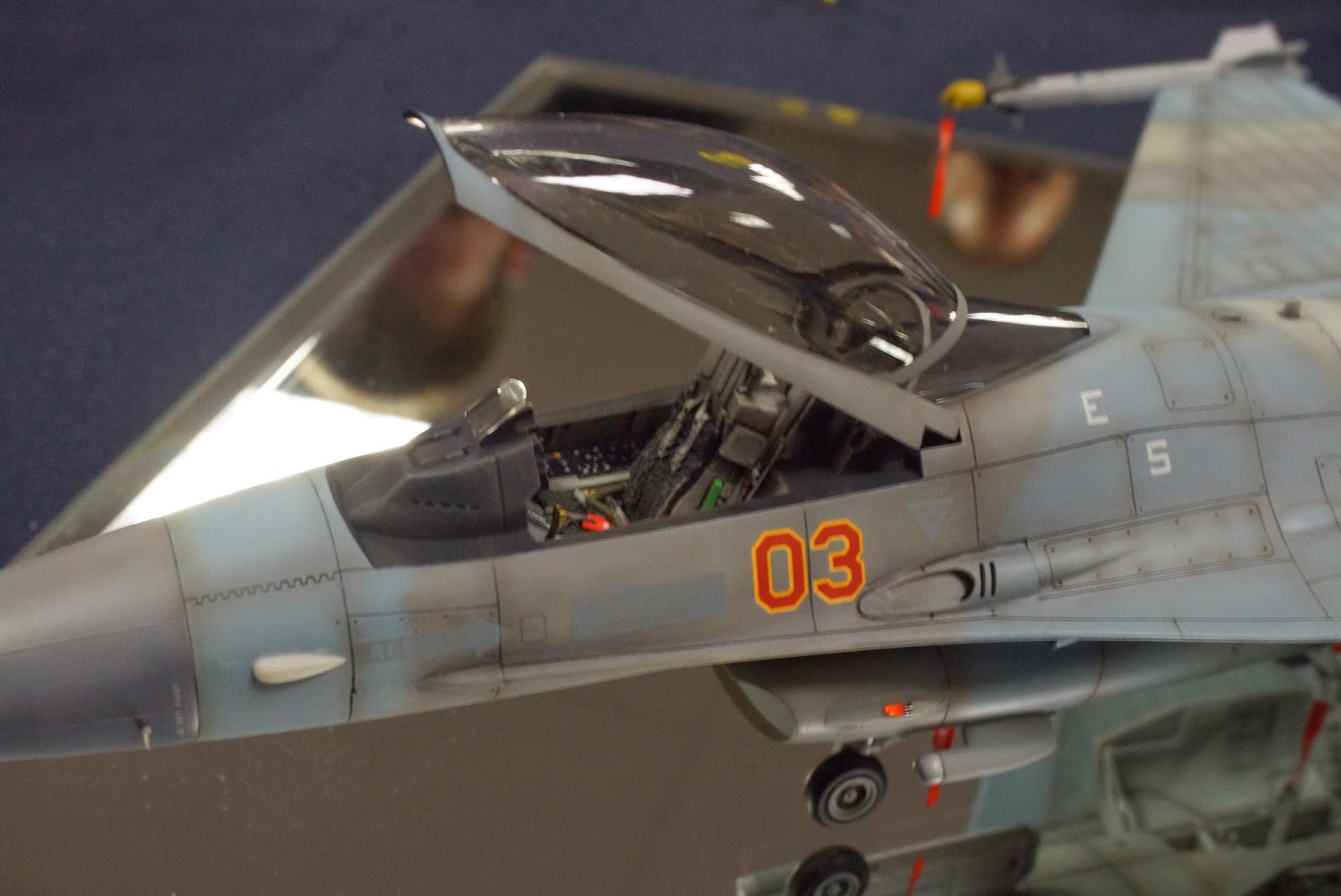 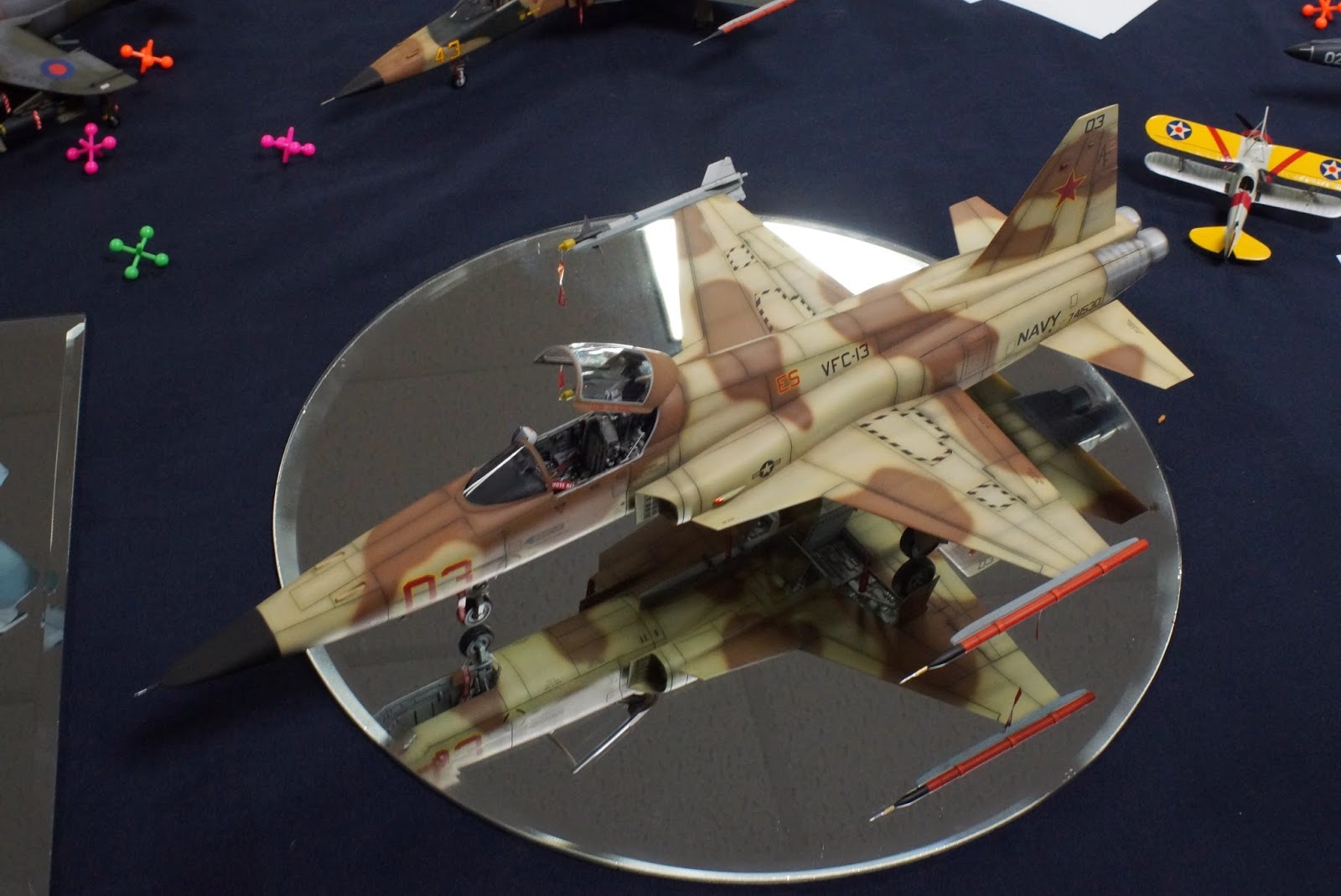 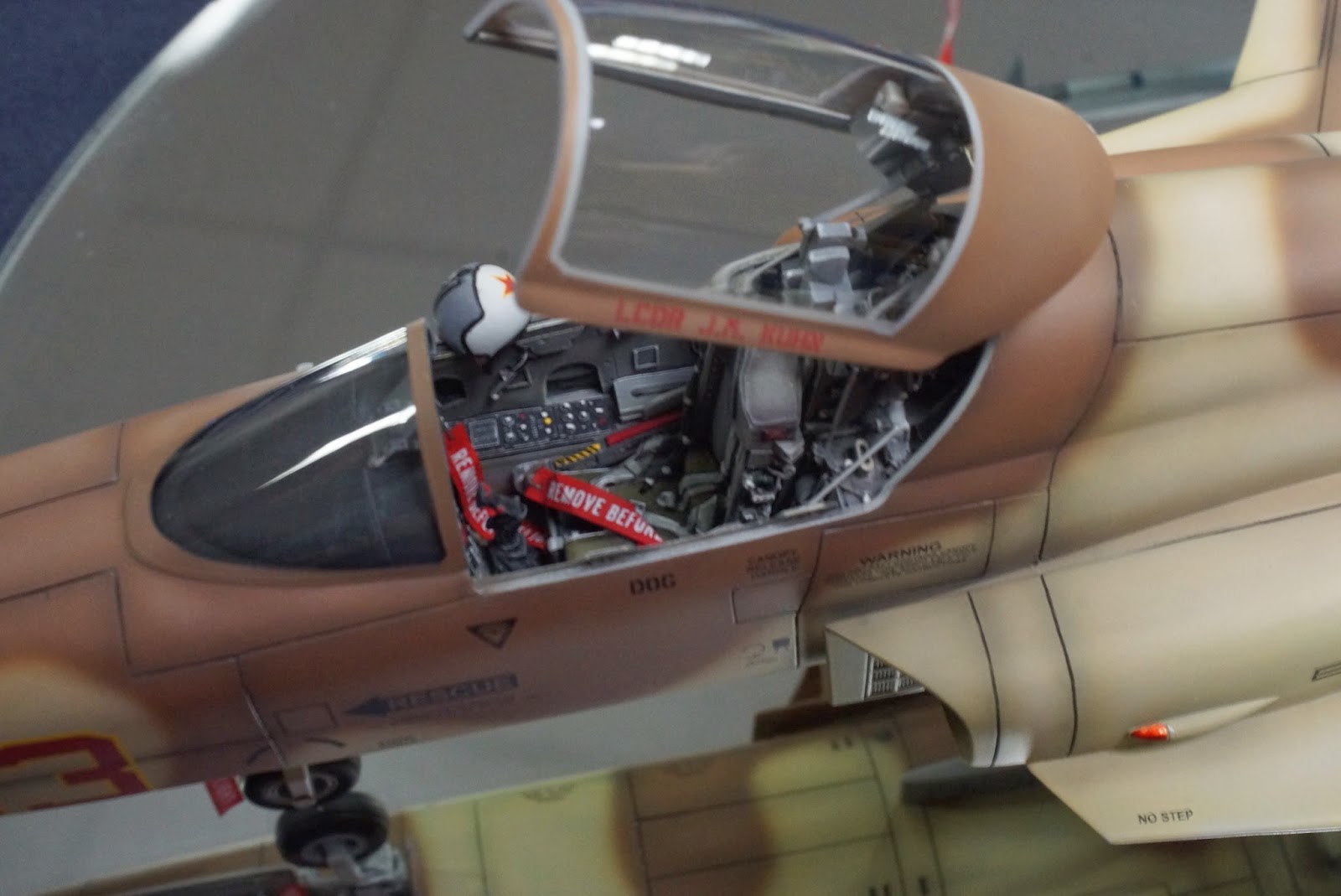 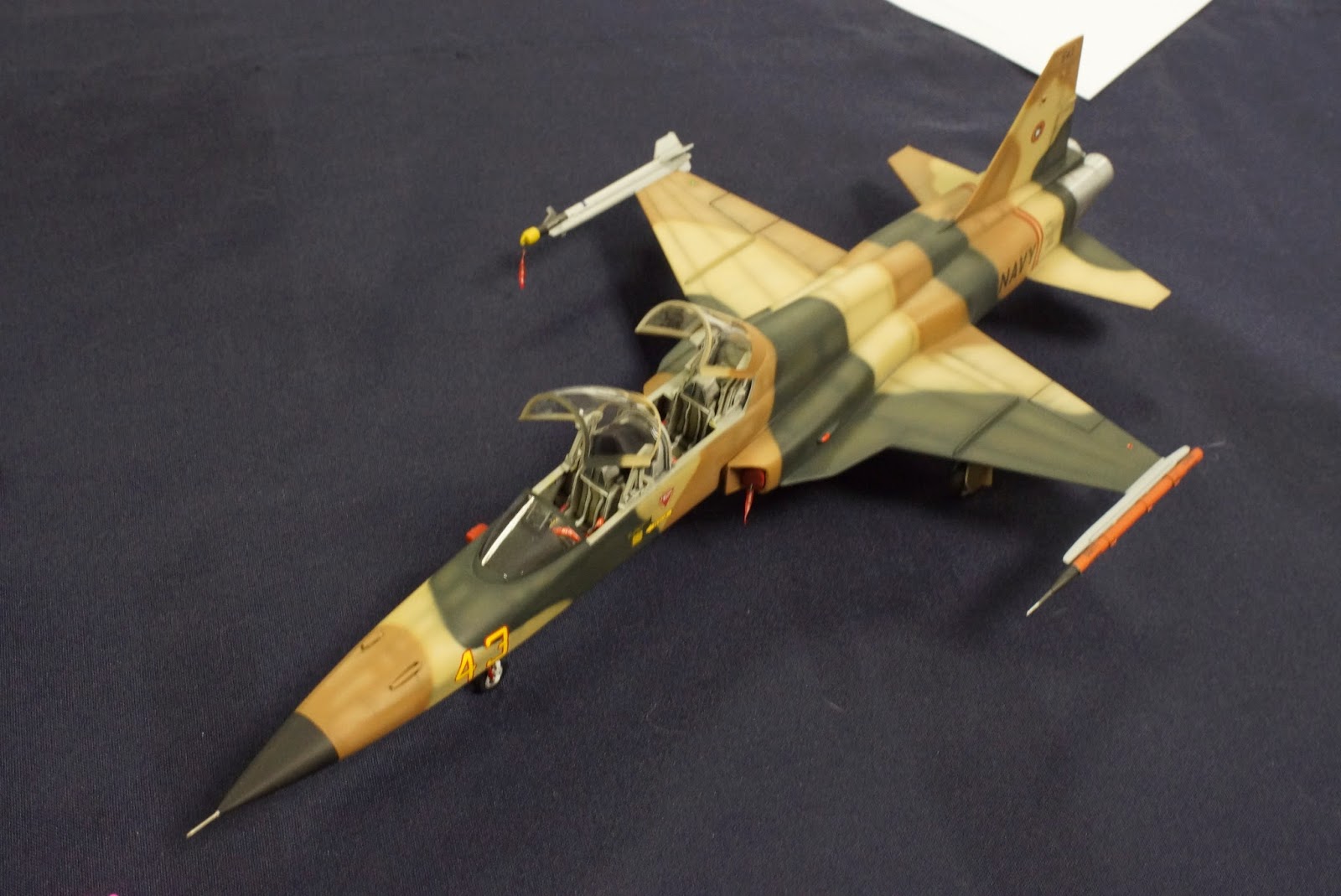 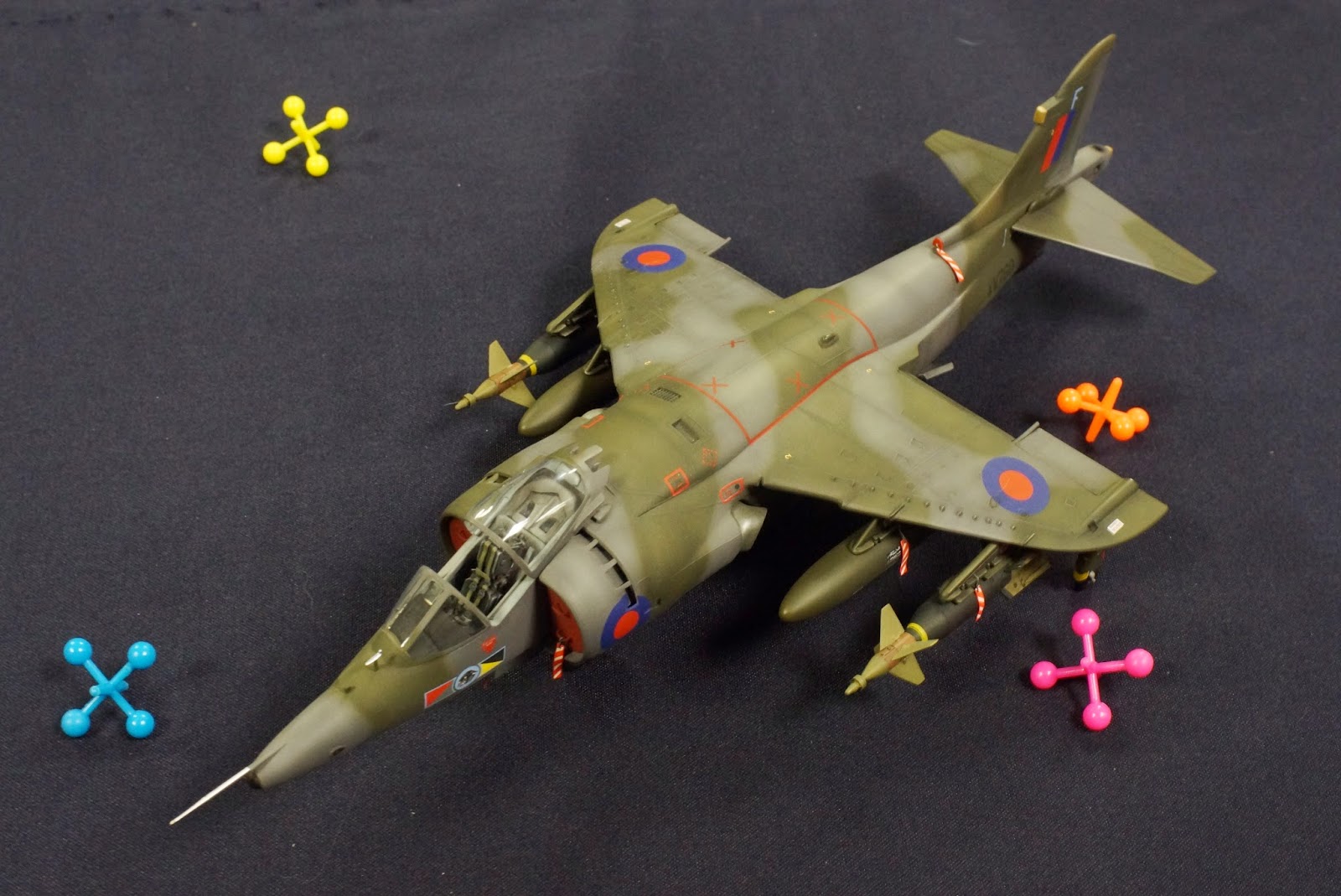