Again this year I went to the RAF Museum at Cosford (not far from Telford) where IPMS UK held another show.  Technically called "The Shropshire Model Show" it's one of the larger (equivalent to an IPMS USA Regional in size) and again this year there both great models to see and more subjects for the aerophile.

"Guilty as charged, sir!" in that I generally photographed aircraft models, but there are a few other subjects in here.  What follows are those that really caught my eye. 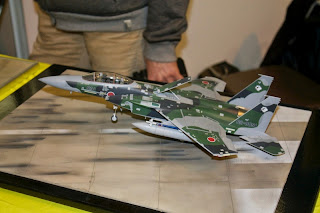 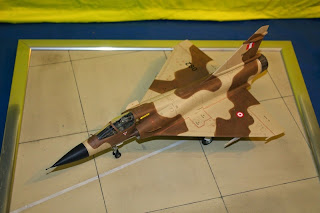 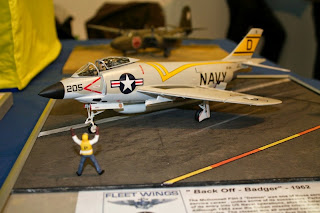 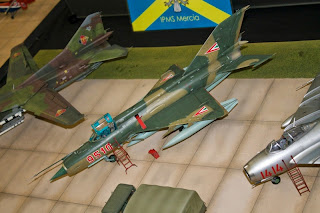 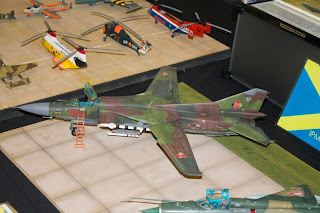 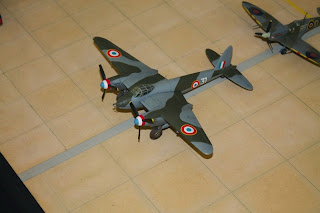 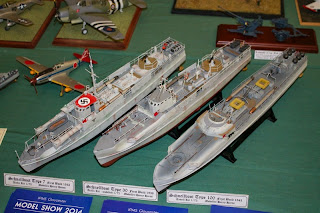 I still haven't seen Doc's S-Boat, but there were three here! 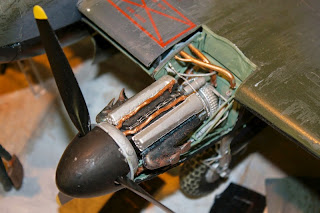 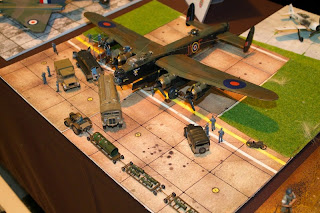 Something to do with that bomber resupply set released last year.

A real world subject is the only existing Do17Z-2, serial number 1160, plucked from the Thames estuary last year.  Photos and more are here. 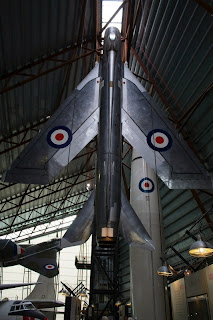 Okay, the ONLY way to display a Lightning! 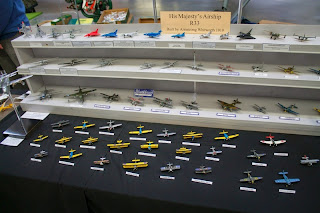 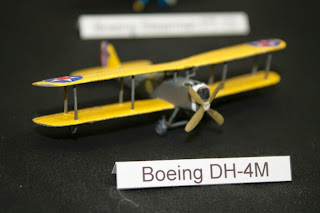 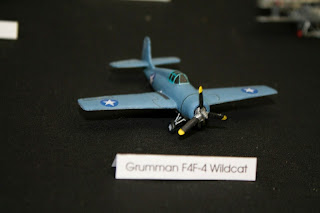 Another in itty-bitty scale. 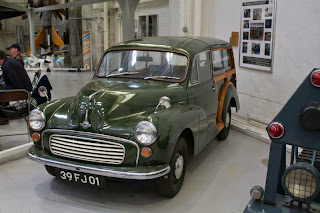 A Morris Minor "woody".  Built post-war into the early '70's, you can get these today for about $15k, rebuilt and modernized with recent electrics (for reliability and to pass the MOT standards). 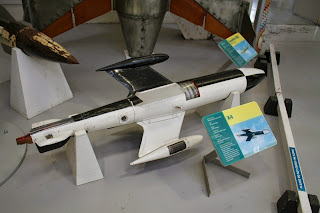 German air-to-air missile from 1943/44.  The caption says they stopped producing it because of guidance issues.  Imagine the 8th AF losses if it had worked... 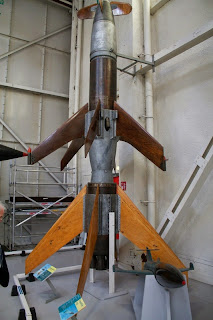 A German SAM.  Also stopped in 1944 due to reliability. 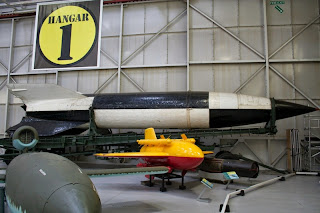 An air-to-surface missile in front of the V-2.