Quite a few folks made it to Havre de Grace this year for MauraderCon, we even recruited a new member! 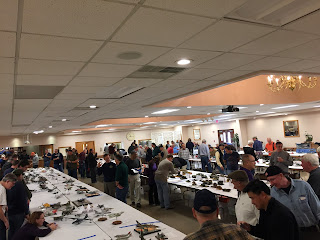 We had 6 entries for our Big Bomber Build display - a big thank you to John, Joe, Whitey, Mike, Collin, Tim and of course Bene who organized us and kept the heat on to finish. 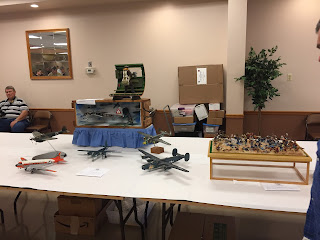 Looking at the above display, what ONE THING sticks out????  Who are these people? They make some great models and folks came by to ask lots of questions about techniques and details, but the small white page with a fine tip penned name on it was hard for many modelers to see.  More on that later...

In fact, this seems so successful that some of there discussed repeating a display like this for the three major shows in our region:


More specifically, we could display one of our themes plus some other kits to show off our skills.  One strong recommendation is to move our May Yellow Wings group build of the Monogram F11C-2 squadron to April and display it at the NoVa show. 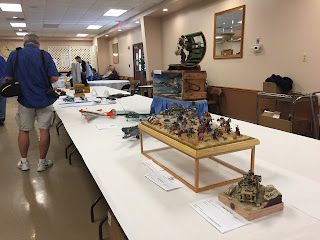 John also brought some of his figures to round out the display. 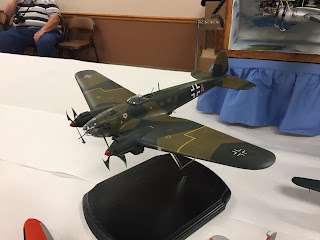 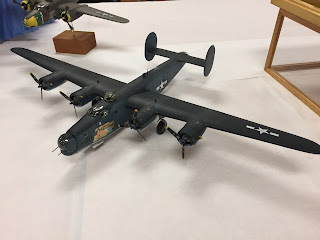 Whitey's PB4Y-1 in late war markings; lots of folks really liked it, but then again it did earn some metal at the Nats this year... 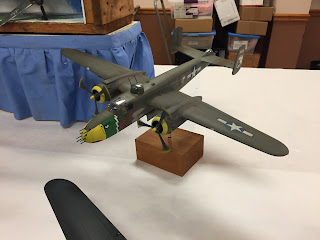 Collin's B-25 -- folks asked lots of questions regarding the Prop Blur props. 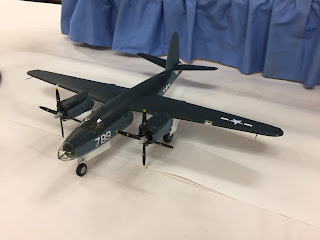 Joe's JRM-1.  Lots of comments on the uniqueness of this aircraft.  Many didn't realize the B-26 served with the USN/USMC in Naval colors. 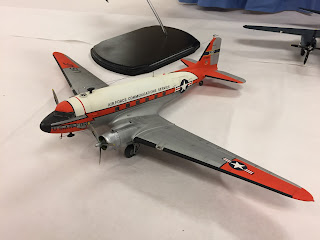 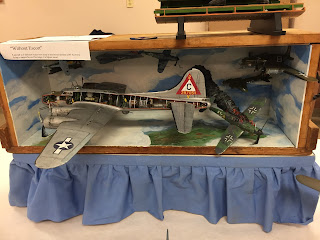 John's B-17.  This got lots of comments but then again it was a winner in the past.

Now back to that display...I will donate a table cloth or something similar that can be draped on a table and has our logo and name on it.  Plus our web address and Facebook page.  So for future events it'll allow us to show of who we are.
Posted by Tim Holland at 11:00 AM No comments: 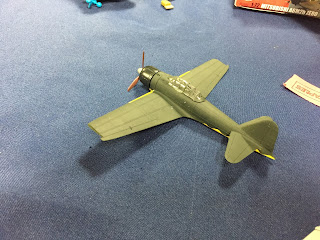 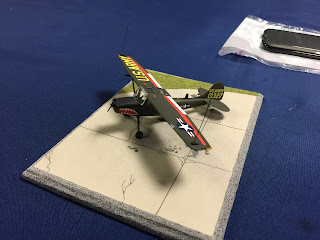 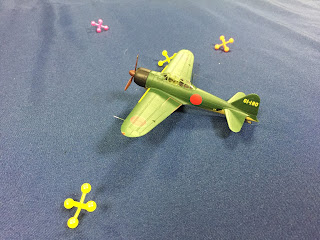 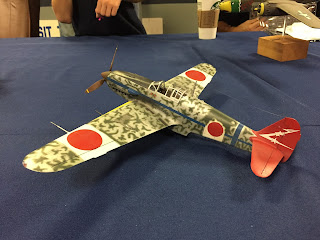 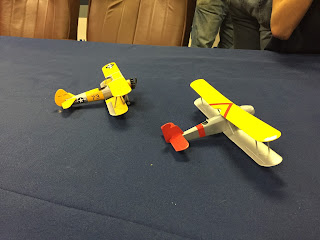 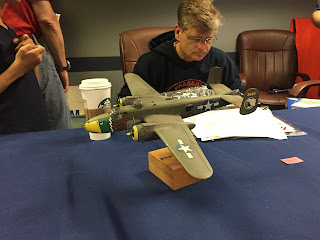 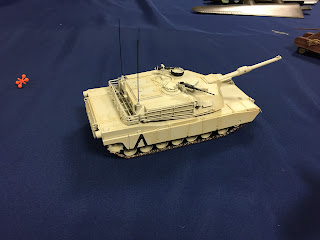 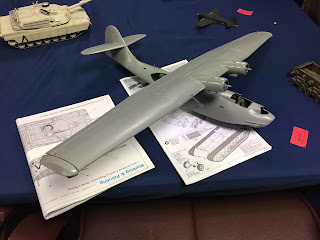 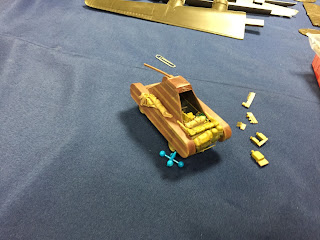 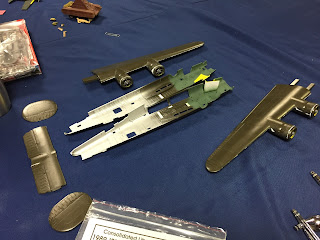 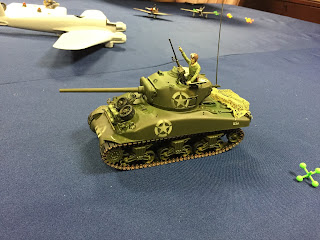 As usual we had a good turnout.  16 members with 19 models on display.

For business, we discussed MauraderCon 2016 and the Big Bomber Build some members are contributing to.  Bring those finished bombers to the November meeting and of course the 19th November MauraderCon display!

We also discussed a heads up for the annual Christmas party.  As usual it will be a pot luck and gift exchange.  I'll bring the dish sign up at the November meeting, or send me an email.  If you want to participate in the gift exchange bring a wrapped gift.  If it's a model from your stash, please ensure it's  complete and not started.
Posted by Tim Holland at 10:19 AM No comments: