We had a great time at Nationals in Chattanooga, Tennessee. The Chattanooga chapter hosted a great show and contest! A few stats I noted during the awards ceremony:

Our Club Display enjoyed place of honor in the contest room: 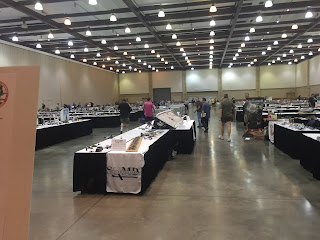 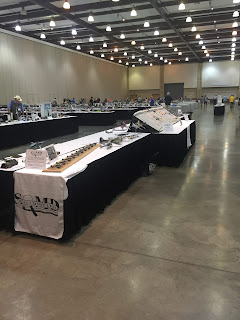 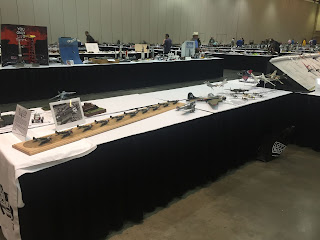 The NASPLANE display was a great hit. I overheard lots of folks talking about it, and I've noticed pictures of it have shown up on other websites. The special discussion topics on the Leader (Dale Earnhardt Jr), the pusher (Cessna), the only twin (Hooters), and of course the trail (GoDaddy - Danica Patrick). This will be a hard one to follow. 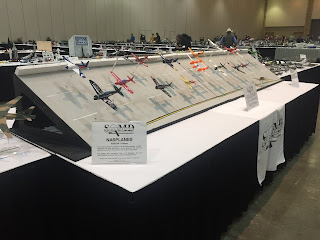 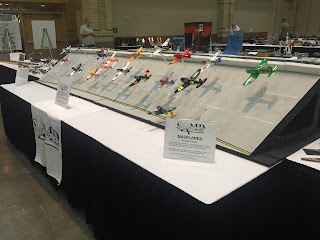 The Yellow Wings was photographed quite a lot. And the Burma Banshees was well received. The Frankenfort caught lots of people off guard as they approached the tables from one direction they assumed a formation ship, and from another an RAF Fortress III. 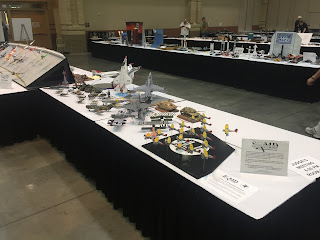 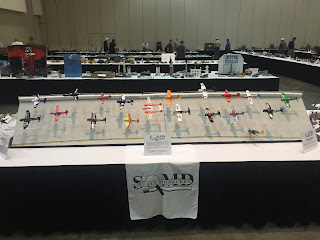 When I dropped by the display I also was able to chat with folks about all our displays and give them some background info on our great club.  I'm looking forward to San Marcos, Texas for 2020 but I won't be hauling a display that far.